Watch A Rare Footage Of The Kinks’ ‘Bernadette’ live in 1982 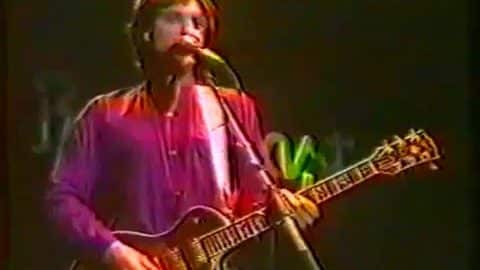 In 1982, The Kinks traveled to Grugahalle in Germany to record a live TV performance that would form the Kinks bootleg Live at The Rockpalast.

However, due to a lightning strike during the broadcast, three songs weren’t broadcast with video on WDR television. One of those songs was, “Bernadette,” the only song that The Kinks performed from their soon-to-be-released 1983 album State of Confusion.

After a period of preparing works for the stage, The Kinks decided to refresh their career and reform as an arena rock band. Around this time, groups like The Jam, The Pretenders, The Romantics, and even Van Halen began recording covers of famous Kinks songs, drawing attention to the increasingly obscure band’s new releases.

In 1980, the group released their third live album, One For The Road, which changed the group’s crowd-drawing power. This new wave of success led to the release of Give The People What They Want in 1981, followed by State of Confusion in 1983, which featured the successful single ‘Come Dancing’ – a piece of two-tone infused pop that sees Ray Davies mourn a loss of the dancehalls of his youth.

Sadly, The Kinks’ second breeze would not outlive the 1980s. Like The Who and The Rolling Stones, Ray Davies and Co. found themselves increasingly marginalized. Nonetheless, Davies continued to find work as a composer and writer, penning his ambitious project Return To Waterloo in 1984, for which he also provided a soundtrack album.

This footage was taken between the release of Give The People What They Want and State of Confusion. As such, it contains cuts from both albums as well as a few classic songs from the group’s extensive back catalog, including “Lola,” “You Really Got Me,” and “Dead End Street.” You can watch the video and see the full setlist below.

The Kinks Live at The Rockpalast setlist:
‘Around the Dial’
‘The Hard Way’
‘Where Have All the Good Times Gone’
‘Catch Me Now, I’m Falling’
‘Come On Now’
‘Destroyer’
‘Yo-Yo’
‘Lola’
‘Dead End Street’
‘Add It Up’
‘Low Budget’
‘Art Lover’
‘Back to Front’
‘A Gallon of Gas’
‘Celluloid Heroes’
‘Till the End of the Day’
‘Bernadette’
‘All Day and All of the Night’
‘Give the People What the Want’
‘Pressure’
‘You Really Got Me’
‘Stop Your Sobbing’
‘David Watts’