Watch The Foo Fighters Perform “Under Pressure” With Roger Taylor 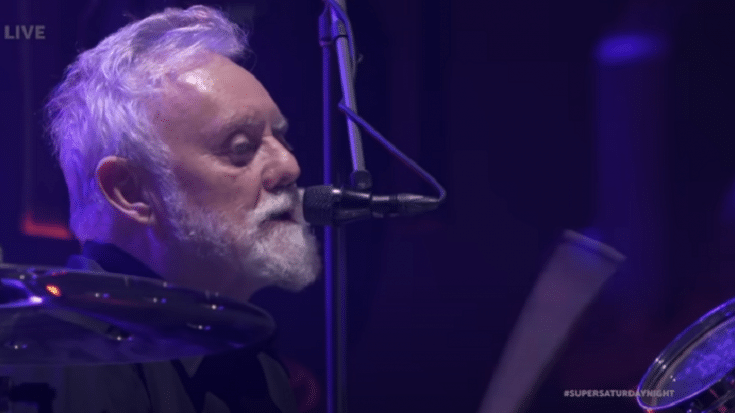 The Foo Fighters stunned the crowd when they recruited the help of Queen drummer Roger Taylor for their performance of the classic hit “Under Pressure” on DirecTV’s Super Saturday Night Show at Atlantic Station on February 2, 2019. This was a special event held ahead of the Superbowl 2019. As Roger Taylor sat behind the kit, Foo Fighters drummer Taylor Hawkins took over the lead vocal duties.

Before launching into the spirited rendition, Hawkins introduced their special guest by saying: “When I was ten years old, my older sister took me to go see Queen in concert – the first concert I ever saw. And I watched the drummer and I said, ‘I wanna f**kin’ be him, I wanna do that.'”

After this unforgettable number, the Foo Fighters brought in Zac Brown and Rage Against the Machine’s Tom Morello for a cover of Black Sabbath’s “War Pigs”, and Jane’s Addiction singer Perry Farrell for “Mountain Song”.

Frontman Dave Grohl also told the audience, “I don’t know when y’all are gonna see us again, but you will. Because we’re too f**kin’ old to break up. It’s like your grandparents getting divorced. It’s not gonna f**kin’ happen.”

Check out their version of “Under Pressure” below.