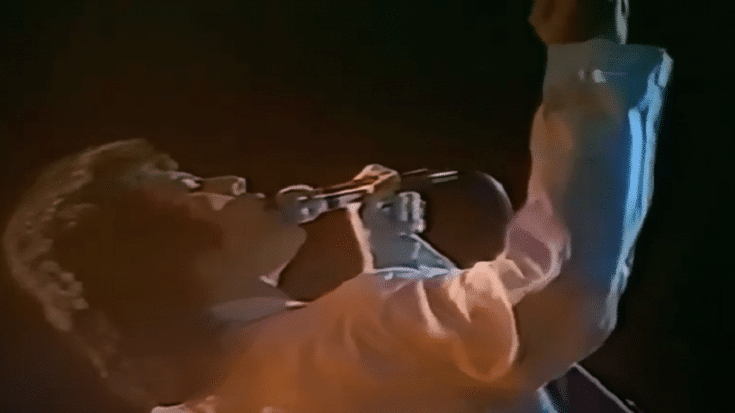 Queen wrapped up their “A Day at the Races” tour with a two-night stand at Earl’s Court in London, England. This particular performance took place on June 6, 1977. The band spent a lot for that mobile lighting rig in the shape of a crown. They’re one of the first rock acts to do so and it wasn’t surprising since Queen had always been trend-setters even on live stage.

One of the songs they played was “Tie Your Mother Down” written by Brian May. Speaking about it, May said: “I’ll tell you the truth, I know what happened. Sometimes you get a little riff, and you just put some words with it, and then you don’t even think about what they mean. Now I’m remember thinking, now this isn’t a good enough title for this song, but everyone said: ‘Well actually, it sounds okay,’ and so we kind of lyrically built it around that. That’s the truth, folks.”