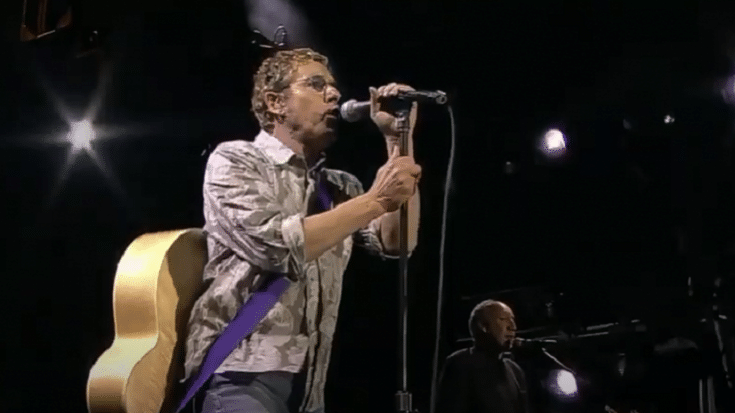 The third Isle of Wight Festival took place from June 11 to 13, 2004 at the Seaclose Park site in Newport, Isle of Wight. Playing in front of 35,000 people, The Who headlined the show on the second day, June 12. It’s their first time to play at the event since their legendary set in 1970. It was also their first UK show since the death of founding member and bassist John Entwistle.

They performed The Who’s classic hits and in the video below, they’re playing “Who Are You”. Aside from original members Pete Townshend and Roger Daltrey, others on the lineup include guitarist Simon Townshend, bassist Pino Palladino, drummer Zak Starkey and keyboardist John “Rabbit” Bundrick.

Their full performance was released by Eagle Rock Entertainment / Universal Music Group on June 2, 2017. Check out the clip below.

The Who At The Isle of Wight Festival 2004 Setlist