Watch The “Exclusive” Video Of George Harrison Performing “Something” In 1992 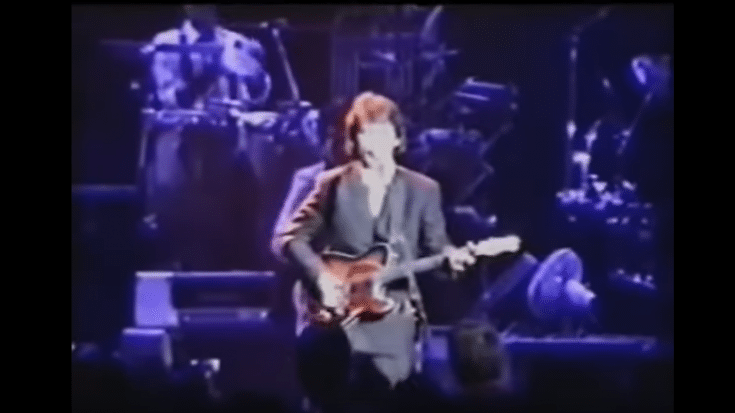 A Piece of History

On April 6, 1992, George Harrison played a full set during the benefit concert for the National Law Party at the Royal Albert Hall. It was just days before the British General Election. A few months prior, Harrison toured in Japan with Eric Clapton – his first since 1974. For the Royal Albert Hall show, however, Clapton wasn’t around but it still had a stellar lineup – his son Dhani Harrison, Mike Campbell of the Heartbreakers, Ringo Starr, Joe Walsh, and Gary Moore.

Harrison didn’t allow commercial filming but somehow an amateur footage popped up on the internet showing him perform “Something.” With his excellent vocal performance, he was clearly in top form. And this became one of the last times he’s seen in public since he only popped up a few times during the rest of the decade.

Although months later he also played a couple of songs at Bob Dylan’s 30th Anniversary Concert at Madison Square Garden in New York City, the Royal Albert Hall show was the last time he played a full concert.

During the later part of the 1990s, Harrison was diagnosed with throat cancer and he and his wife were attacked by a 34-year-old man with paranoid schizophrenia.