The Story Of The Grateful Dead’s Wall Of Sound 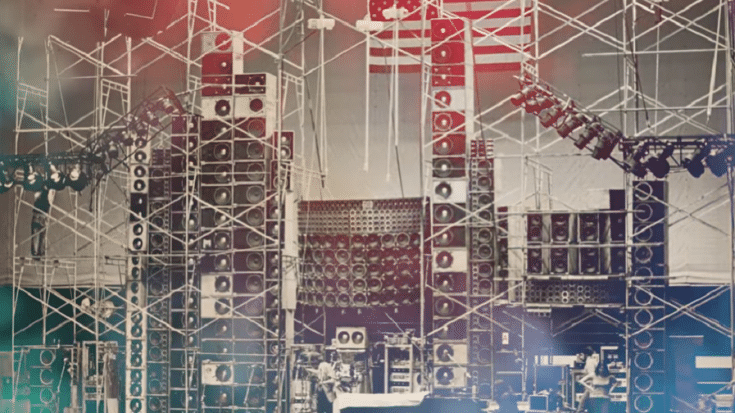 When the Grateful Dead debuted their Wall of Sound, it was unlike anyone has ever seen at that point – 70 tons, three stories high and 100 feet wide. It was innovative and technologically advanced. And it set the bar high in concerts and live performances.

Bassist Phil Lesh told Rolling Stone magazine, “I started talking to Bear about our sound problems. There was no technology for electric instruments. We started talking about how to get around distortion and get a pure musical tone. He did some research and said, ‘Let’s use Altec speakers and hi-fi amps and four-tube amps, one for each instrument, and put them on a piece of wood.’ Three months later we were playing through Bear’s sound system.”

The brainchild of audio engineer Owsley “Bear” Stanley, it addressed his vision of a distortion-free PA system that could double as its own monitoring system. And so in late 1972, he worked with the Dead’s sound crew Dan Healy and Mark Raizene, and Ron Wickersham, Rick Turner, and John Curl of Alembic to deliver high-quality sound to concert attendees.

Stanley said, “The Wall of Sound is the name some people gave to a super powerful, extremely accurate PA system that I designed and supervised the building of in 1973 for the Grateful Dead. It was a massive wall of speaker arrays set behind the musicians, which they themselves controlled without a front of house mixer. It did not need any delay towers to reach a distance of half a mile from the stage without degradation.”

With the use of 11 separate channels, they combined six independent sound systems with the vocals, piano, lead guitar, and rhythm guitar getting their own set of speakers and channel. The bass guitar had a separate set of speakers and channel for each of the four strings. Separate channels were also provided for the bass drum, snares, tom-toms, and cymbals. They also added a microphone system that prevents feedback.

Basically, since each channel and set of speakers only carried one instrument sound or vocals, the end result was a distortion-free and exceptionally clear sound.

The Wall of Sound projected high-quality sound at six hundred feet. For their tour, it required 21 crew members and four trailers to haul the entire sound system from one place to another. The Grateful Dead gave the sneak peek of the Wall of Sound on February 9, 1973 at Stanford University’s Maples Pavilion but it was on March 23, 1974 when they debuted the completed system during their tour stop at the Cow Palace in Daly City, California.

The Wall of Sound didn’t last long and had to “retire” on October 1974 because of fuel costs and tension among personnel. For their 1976 tour, the Grateful Dead ended up using a more practical sound system.