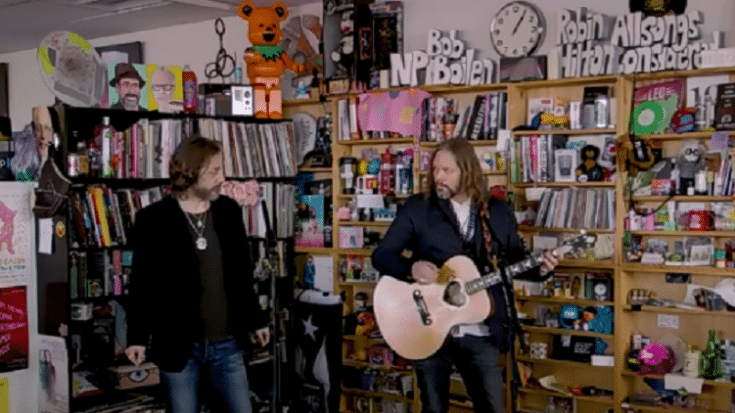 The Black Crowes’ Chris and Rich Robinson performed a three-song set on NPR offices for their “Tiny Desk” series. They played the classics “She Talks To Angels”, “Jealous Again”, and “Wiser Time.” The first two numbers are from their 1990 debut “Shake Your Money Maker” while the last one is from the 1994 “Amorica.”

The reunited duo are set to embark on a 46-date summer trek in celebration of their debut album’s 30th anniversary. They will perform the LP in its entirety along with some of their greatest hits.

Rich told USA Today: “That’s one of the problems with success. People have their own agenda. The way it’s always been, the core of this band is me and Chris. We wrote the songs. It was our band when we started in 1985. It was our band when we stopped in 2013. We just said, ‘Look, the only way this is gonna work is if we continue to stay healthy, get along and speak to each other, and we don’t have a scenario where people keep getting in our way and trying to pit us against each other.’ The only way to do that is to bring in all new people. No one from our past.”