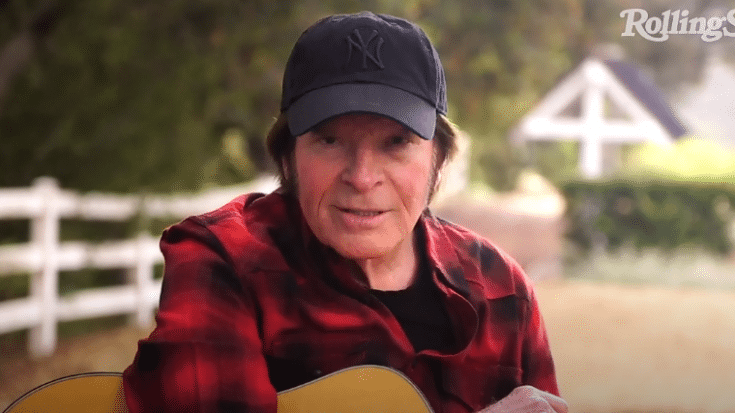 In the latest installment of Rolling Stone’s “In My Room” series, Creedence Clearwater Revival former frontman John Fogerty plays some of the band’s most beloved hits from his Los Angeles home. Before he launches into the songs, he says: “These are certainly different times that we’re living through. Wash your hands … nobody really knows how long this is going to last, but the better we do at taking the advice of medical people, the shorter it will be.”

He adds, “I’m sure we’re all going stir crazy after 10 days or so of doing this. And I thought I’d go outside and get some fresh air and maybe sing a couple of songs. Be well, everyone.”

He first plays “Have You Ever Seen The Rain” in the yard, then he performs “Bad Moon Rising” in his home studio and for “Long As I Can See the Light,” he sits by the piano in his living room. Check it out below.

Fogerty’s April shows have recently been postponed because of the COVID-19 pandemic but his summer trek in Europe and fall residency in Las Vegas will still go on as scheduled. Rolling Stone‘s new IGTV series features musicians who are performing from their homes in light of the outbreak. This way, they get to play for fans and still continue with their self-isolation and social distancing.