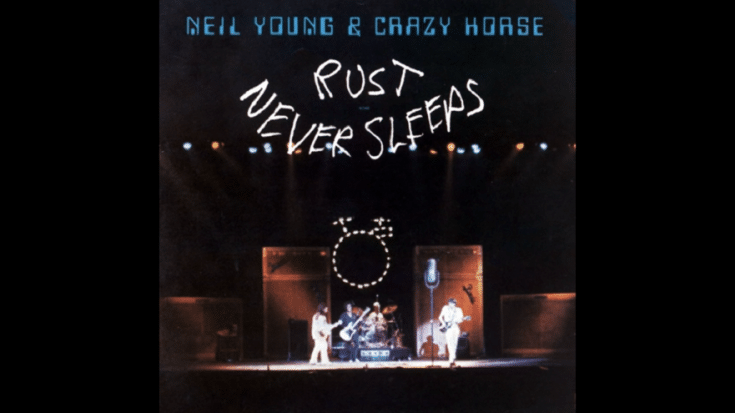 “Rust Never Sleeps” is a landmark album in rock. What made it unique was the fact that it was recorded live but later overdubbed and had the audience track removed. And so the result was an album that sounds raw and intimate. It was like the best of both worlds. It evokes nostalgia and the songwriting is hands-down superb. Young proved he deserves to be mentioned in the same breath as other great songwriters and poets.

From the arrangements to the guitar work, it’s nothing short of magical. There’s no filler, just one stellar song after another. So here are our top five picks:

“Pocahontas” is a bit dark with some disturbing passages like “killed us in our tepee / And they cut our women down” and “massacred the buffalo.” Nevertheless, it’s not just any other song. This ballad has that surreal feel and it’s rather sad and lonely too.

The riffs, solo, and vocals – everything’s on point. It again showcased Young’s stellar songwriting skills. It’s beautifully executed too. Interestingly, he actually wrote it with Lynyrd Skynyrd in mind. It’s a powerful piece of music with elements of folk and country.

It starts off as hard rockin’ before it transforms into a bluesy number with the chorus, and then back to fast-paced. It’s the heaviest track on the album and it showed Young’s versatility – going from ballads and acoustic songs to something that’s reminiscent of The Who’s sound.

It’s touching and moving – it might be on the acoustic side but it’s absolutely unforgettable. There’s a rawness and intimacy to it that just gives you the feels no matter how many times you listen to it. Besides, hearing it a few decades later still takes you back to the first time you heard it. It’s magical like that.

It might be lengthy for some but it’s our ultimate favorite song from “Rust Never Sleeps.” It leaves a lasting impression and even with other stellar tracks in his catalog, this still managed to stand out. Straightforward and unpretentious, it’s badass through and through.