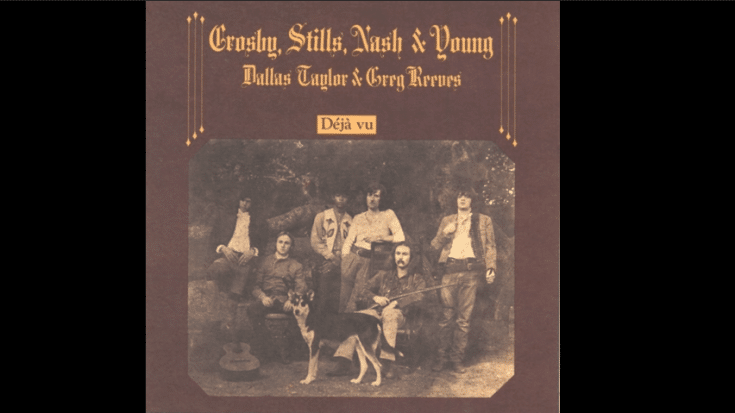 Taking The Songs And Making It Their Own

A cover version is often a hit-or-miss. Some do justice to the original, while others deserve to be forgotten altogether (we’re looking at you Limp Bizkit and your horrendous “Behind Blue Eyes” rendition). There are also who breathed new life into the song and reworked it in such a way that it might as well have been theirs originally. So we compiled this list of stunning and unforgettable renditions which set the bar high for all other covers because this is how it should be done.

Joni Mitchell couldn’t make it to the Woodstock Festival so she had to rely on then-boyfriend Graham Nash’s stories about the historical event. She wrote the song while staying in her hotel room in New York City. Her version is slow and stripped down and while the lyrics captured the spirit and vibe of Woodstock, the version by Crosby, Stills, Nash & Young made it more like a happy and carefree celebration. They sped it up and made it more fun.

Joan Jett’s cover didn’t stray too far away from the original but her version had more edge and attitude – she dominated the US Billboard Hot 100 charts for seven weeks and it ended up becoming her signature song. The music video received heavy airplay on MTV, contributing to its massive success.

Written by Kris Kristofferson, it was originally recorded by Roger Miller. Janis Joplin took the country tune and reworked it into a blues rock number. It’s soulful and powerful. With her distinctive raspy voice, she took the whole song to the next level. Several other covers were based on her rendition.

Bob Dylan penned a beautiful and timeless track but The Byrds added their own twist to it. It was their debut single and it catapulted them to international stardom. More than their success, it also helped kick off the folk rock movement of 1965 and 1966 – the US press used the term “folk rock” to describe their sound. Also, The Byrds’ “Mr. Tambourine Man” is often cited as the “first folk rock smash hit.”

1. Jimi Hendrix – “All Along The Watchtower”

On its own, Bob Dylan’s original version is absolutely stellar. Jimi Hendrix, however, overhauled the song and added face-melting solos for good measure. Even Dylan himself was blown away. Dylan said, “I liked Jimi Hendrix’s record of this and ever since he died I’ve been doing it that way … Strange how when I sing it, I always feel it’s a tribute to him in some kind of way.”