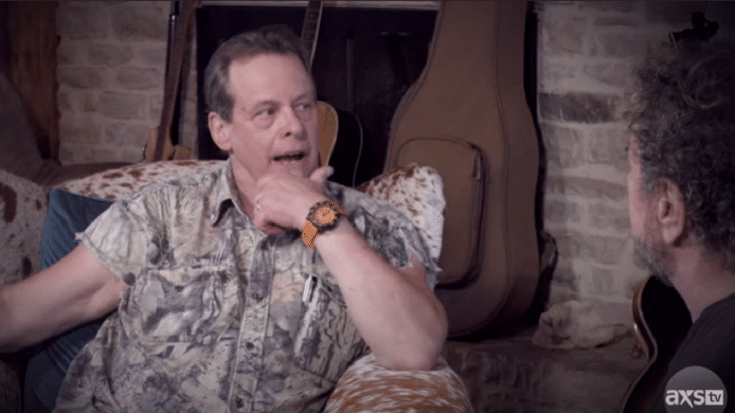 Hagar Called Him “A Nature Boy”

Ted Nugent is the next guest on the latest episode of AXS TV’s Rock & Roll Road Trip with Sammy Hagar and they chatted in the former’s ranch in Waco, Texas. In a preview, Nugent was asked who he thinks is the greatest musician in rock.

Nugent responded with: “I know what that question means, but because music is so diverse, If I want a just pure grunt, just a pure sensual grind, I would give it to Keith Richards.” To this, Hagar reacted with “I love Keith Richards!”

Then, Nugent adds: “He’s the most true musician rock star, he’s 24/7… He must have been drunk on every recording… but he’s in control. It’s a controlled slice [of] nasty primal burp, and I love that stuff!”

Aside from the conversation, they also had a jamming session and went out to do some fun outdoor activities including going for a drive in Nugent’s off-road truck – a 1974 Bronco.

Hagar says, “Everyone thinks [Ted is] like this redneck, belligerent, right-wing guy. He’s not. He’s a nature boy, man. He’d just say, ‘Hey man, just let me go…hunt my own food, grow my own food, have my own land.’ He’s, like, a free man.”