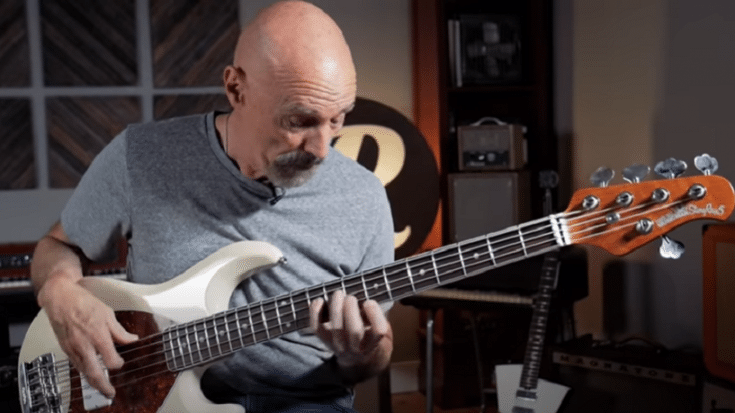 Like other classic rock artists who were slated to embark on a trek this year, King Crimson was forced to change their touring plans amid the coronavirus pandemic. But that’s not to say the rockers haven’t found a way to keep themselves busy during this downtime.

In an exclusive interview with Ultimate Classic Rock, King Crimson bassist Tony Levin talks about what he’s been doing during the quarantine. Apparently, he has a “backlog of music” that he plans to “record and write at home.” He also acknowledges that “it’s a good time to catch up on ll those other things that were a priority but a second priority now that the first priority – touring – has suddenly gone away.

He’s involved in several projects – and some of those don’t even include music. He explains, “The way I am: I always have a list of things. Yes, I’m way overdue on a solo album. But also, the group I’m in, Stick Men, want to write a new album – so I can use the time for that. [He and touch guitarist Markus Reuter are] more focused on trying to get a sense of how to write our new music, which we’ve already started. Doing it remotely is not our favorite way, but we can do that — trade ideas and stuff like that.

“Also, I take a lot of photos. I’ve put out a few photo books, and I’m overdue for a photo exhibition and another photo book, and all those things take months of work that’s hard to squeeze in when you’re on the road. So, I’m tackling all of those simultaneously while I’m home.”

Speaking about what he and Markus are currently doing, he shares: “We’re at that first stage of gathering things on our own end. I think he and I are both writing, maybe in my case not feverishly, but we’re writing stuff we’ll present to the other and also [drummer] Pat [Mastelotto], who has an important say in the music. But pretty much, harmonically, as you can imagine it needs to get set up first by me and Markus. We’re in the early stage of trading ideas, and we’re also conceptually trying to get a framework for what this will be like…

“This time, one of the things we’re looking at is some older material, reexamining it, rewriting some older Stick Men material, and seeing what can happen with that – to bring it to life, and to have something to begin with that all of us participated in already.”

Aside from King Crimson, he’s also best known for his work with Peter Gabriel. And he’s been a prolific session musician for over four decades.