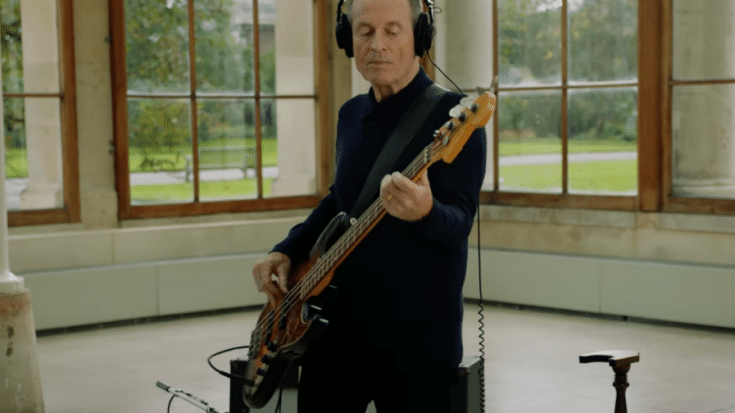 The YouTube channel Playing For Change uploaded a video where musicians in different parts of the world collaborated and performed Led Zeppelin‘s classic hit “When The Levee Breaks.”

What makes this episode of the Songs Around The World special is that Led Zeppelin’s bassist and keyboardist John Paul Jones himself joined this fundraiser performance featured in Peace Through Music: A Global Event for the Environment.

“It seems that little has changed since 1927, or even 2005 with Katrina. It’s still a really powerful track, both musically and lyrically.”

“When The Levee Breaks” was written by Jones and his bandmates John Bonham, Kansas Joe Mccoy, Memphis Minnie, Jimmy Page and Robert Plant. The song is about the aftermath of the most destructive river flooding in U.S. history, the Great Mississippi Flood of 1927, a devastation that led to death by hundreds of people.

Jones is accompanied by Stephen Perkins of Jane’s Addiction, Susan Tedeschi, Derek Trucks, and over 20 musicians and dancers from seven different countries embodying the purpose of the YouTube channel to connect people around the world through music.

“JPJ is truly a living legend. IMO he’s the most underrated musician in the history of rock and roll. Respect”

“Awesome to see players around the world performing – it must have taken a long time to plan and organize. Well done! And very cool that John Paul Jones didn’t take all of the spotlight.”

“When all of the bad news of the day finally overwhelms me, I turn to Playing for Change’s incredible videos. Big kudos to John Paul Jones for lending his incredible talent to this great organization, and the other contributors (both famous and non-famous) were also incredible.”

Watch their amazing performance below.