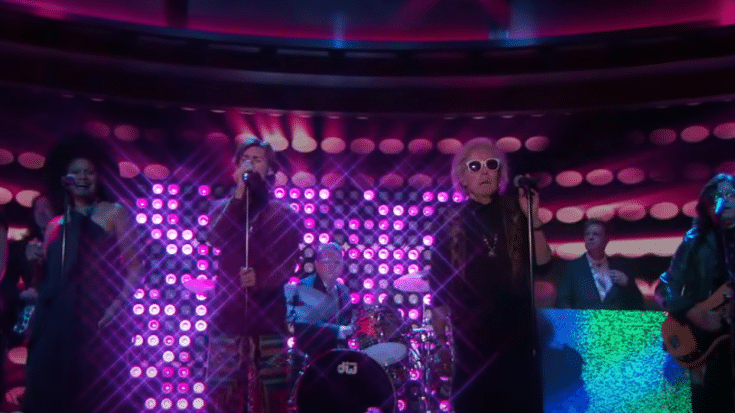 Zach’s TikTok video showed him sitting inside his car and going crazy about a song he is listening to when he realized that it’s his father Curly Smith who is singing.

The video has now 3.2 million views and the father and son duo was invited to guest on the Jimmy Kimmel Live! show to tell the story behind the unreleased song.

Curly then went on saying that he wrote the song titled “Surrender To Me” in 1978. When Kimmel asked him why he never released it, he said:

“Well, it was very tough in those days to get a record deal, especially with people like the Bee Gees dominating the charts, so I couldn’t get it signed, so I just put in on a shelf for 43 years, and every now and then, I would listen to it and I go ‘hey that was pretty good’ you know, maybe it’ll come out some time, and it never did.”

And when Zach was asked about his reaction when he stumble on his father’s song, he said:

“Yeah, it was nuts! I went there, I was going on a drive that night, I went to go plug my phone in to play music and before I could even plug it in, it just like started playing, it just came on with the bassline, and I was like ‘this is great!’ and then the vocals came in and I was like ‘wait a minute, that voice is really familiar.'”

After the interview, Zach and Curly performed the old song with their new band Fire City Funk and viewers have really enjoyed hearing the song and knowing about the very interesting story behind it.

“I love how his son is his biggest fan and is singing with him.”

“I have to admit this is adorable. Zach being so happy about his dad’s music and joining the band is too cute! Welcome back disco.”

“The 70’s will never die. This song should have been a hit.”

“damn this is actually good. I’m so glad his son made his dream come true. Never too late.”