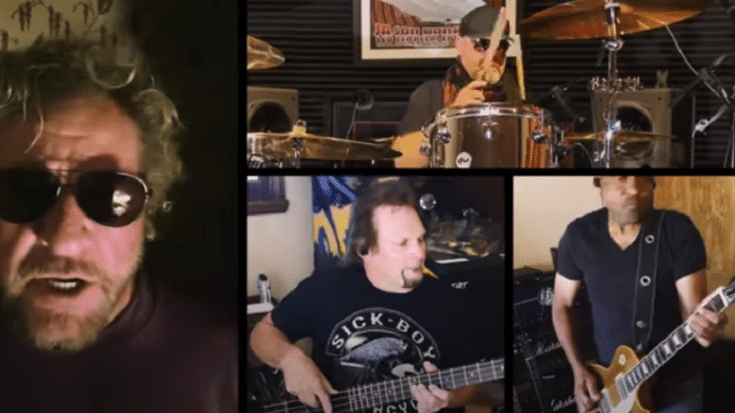 Sammy Hagar and the Circle just released their version of the 1995 Van Halen single “Don’t Tell Me (What Love Can Do)” as the latest installment for their Lockdown Sessions series. Hagar hasn’t sung the song in over two decades.

“Don’t Tell Me (What Love Can Do)” was partly inspired by the death of Nirvana frontman Kurt Cobain. Hagar wrote, “When I heard that Kurt Cobain had taken his own life, the first thing I thought of was I wish I were there and could have tried to save him. The original title for these lyrics were “I want to show you what love can do,” but because it was such a dark horrible thing I just couldn’t shine a light on it. So I changed the final line to “Don’t tell me what love can do.””

He added, “It was also the time of the breaking up of Van Halen, our last album and tour so it added a lot of emotion, negativity and pain in the original vocal performance which surfaced the second I started singing this song for the first time since 1995.”

Sammy Hagar and the Circle were supposed to embark on a summer tour with Whitesnake and Night Ranger but like everyone else, their touring schedule was affected by the pandemic.