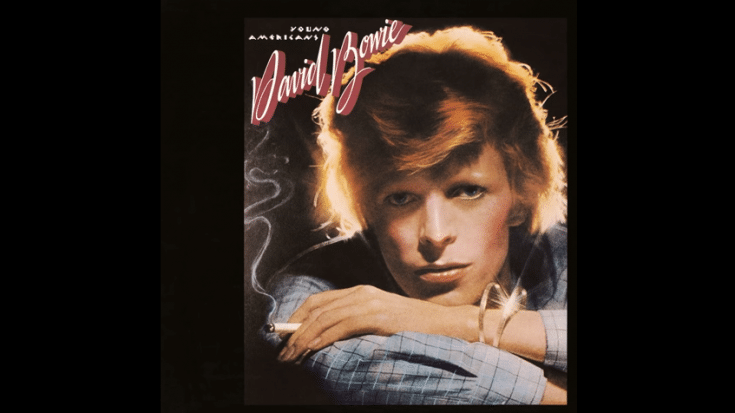 David Bowie’s ninth studio album “Young Americans” is getting a limited edition “brick and mortar” gold vinyl treatment for its 45th anniversary, out on September 18. It’s the latest release from Bowie’s archival titles.

“Young Americans” was originally released on March 7, 1975 via RCA Records. It marked a turning point for Bowie as he traded his glam rock style for a sound that he called “Plastic Soul” and which he described as “the squashed remains of ethnic music as it survives in the age of Muzak rock, written and sung by a white limey”. Early on, everyone thought it would be best if they record most of the material live and so according to producer Tony Visconti, the LP is “about 85% ‘live’ David Bowie”.

Visconti said, “Most British singers — and most English bands — grew up listening to early American R&B and blues. David was of that same ilk. He adored Little Richard and other R&B artists from the ’50s. He was also addicted to Soul Train. He watched it all the time and actually became the first non-black artist to appear on the show. So, it seemed obvious to make an R&B record.”