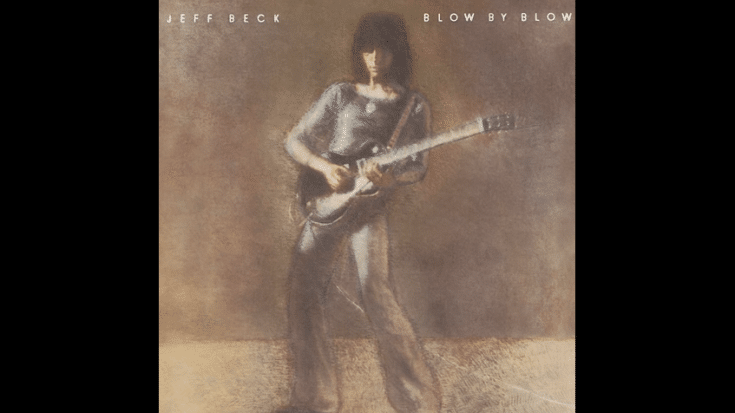 For decades, Jeff Beck has single-handedly inspired countless young men and women to pick up their guitars and start shredding away. Whether as a member of the Yardbirds, his very own Jeff Beck Group, or as a solo artist, his catalog features some of the most fiery but tasteful licks. His mastery of the guitar cannot be stated enough, with several of his instrumental pieces showcasing his virtuosity.

Here are his five best solos:

1. ‘Cause We’ve Ended As Lovers

This is definitely too good for words. It’s never always about the speed, oftentimes, it’s the feel. And Beck here truly made his guitar sing. It’s absolutely mind-blowing and hypnotic. It’s melodic and basically captured all the best things about his guitar playing. It’s pure musical bliss for over five minutes.

Aside from the stellar drumming, Beck delivers the goods with a show-stopping solo. It’s clean, muscular, and packs a lot of punch. This is Jeff Beck at his absolute best. It’s complex and is a musical journey all by itself. Unlike “‘Cause We’ve Ended As Lovers”, however, Beck rips through this one with his lightning fast fingers.

The thing about Beck is he knows how to coax emotions from his guitar, something not everyone can do. He can go from fiery and intense to slow and soulful and it’s impeccable either way. The solo in “Goodbye Pork Pie Hat” is far from being over-the-top or flashy. On the contrary, it’s beautiful and enchanting.

It’s haunting but mesmerizing all the same. This is why he could easily blow anyone out of the water. Keep in mind that the ’60s had no shortage of rock guitarists with immense talent and yet, Beck proved he’s a cut above the rest. And perhaps our only issue with this particular solo is it’s way too short.

5. Somewhere Over the Rainbow

This live version is hands-down spectacular. Imagine being part of the crowd knowing this is a once-in-a-lifetime experience of watching a guitar deity at work. Beck handles and plays the guitar like no one else.