Album Review: “Younger Than Yesterday” By The Byrds 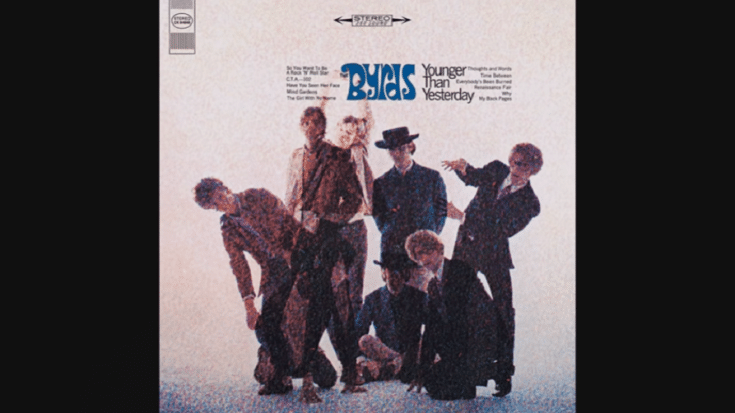 Before they continued evolving musically throughout the decade and churned out country rock masterpieces, The Byrds infused jazz and psychedelia into their music for their fourth studio album “Younger Than Yesterday”. At this point, they were already well-known in the world of folk rock. And so, this LP is one of the best introductions to The Byrds since they were on their way to reaching their peak as musicians.

Lead guitarist Jim McGuinn, rhythm guitarist David Crosby, and bass player Chris Hillman all came into their own as songwriters. Filled with hooks and superb harmonies, “Younger Than Yesterday” still sounds fresh. It’s trippy and dreamy. It’s near perfect except for some weak moments such as the Crosby composition “Mind Gardens.”

This was a quantum leap when compared to their debut LP “Mr. Tambourine Man” especially considering the experimentation, musicianship, and risks taken. Their influences seeped into their works such as the opener “So You Want to Be a Rock ‘n’ Roll Star” which featured South African musician Hugh Masekela on trumpet.

Key Tracks: So You Want to Be a Rock ‘n’ Roll Star, Have You Seen Her Face, and Everybody’s Been Burned.

So You Want to Be a Rock ‘n’ Roll Star

It’s a good song but when you listen closely to the lyrics, they’re pretty funny.

Have You Seen Her Face

A bit haunting and eerie but a highlight of the LP nonetheless.