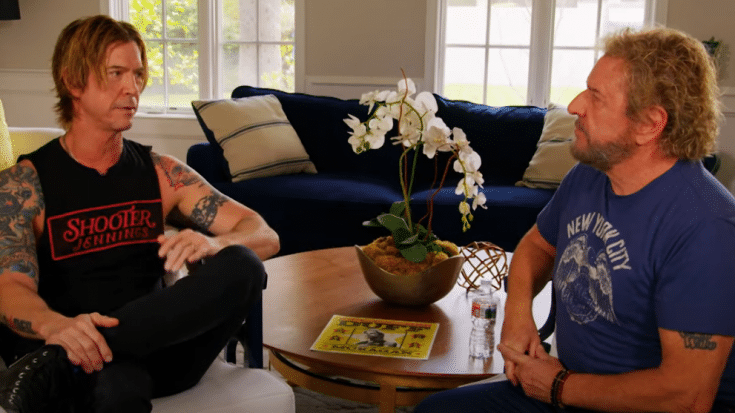 Hagar visited McKagan at his house in Southern California and the two reminisce about life in rock and roll. McKagan was praised by Hagar for his distinct style of singing and asked him about his influences in music.

The rocker started mentioning artists from different genres he became aware of because of his brother, such as Sly and the Family Stone, James Gang, Barbara Streisand, Led Zeppelin, and the Beatles. He listened to a lot of music before falling in love with punk and started becoming the lead singer of his first band. He said:

“I grew up around a lot of music.”

While, in becoming a member of GN’R, he shared:

“In Guns N’ Roses, this was the first band, like I moved here, like the people that we found for that band, we found each other or our destiny found us and put us in the same room.”

Starting out, they were determined to make it big. He continued:

GN’R is currently on their European tour, but after playing two consecutive shows in Tottenham, England, on July 1 and 2, Axl Rose admitted to the crowd that he was struggling with his vocals. They announced on July 4 that they would be canceling their Glasgow show, “due to illness and medical advice.” Despite that, McKagan revealed what the comeback tour meant to him:

“Coming back together, we’re better players, we’re much more wisened as to relationships.”