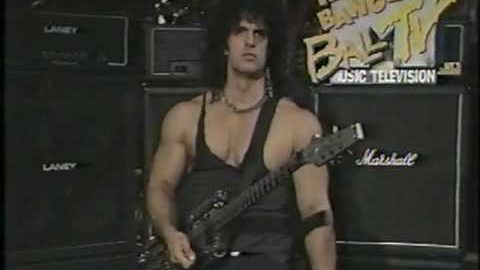 Guitarist Kane Roberts has officially announced that after 24 years, he rejoined Alice Cooper, following the recent departure of Nita Strauss.

Strauss became a part of Cooper’s touring band in 2014, but wasn’t featured on Cooper’s solo albums during her tenure. She didn’t only parted ways from Alice Cooper, she also cancelled her upcoming shows with her solo band for the rest of 2022, saying:

“After this absolutely incredible run in Europe, it is bittersweet for me to let you guys know that I will not be joining the Alice Cooper band for the upcoming fall tour. I will also regretfully have to cancel the festival dates my solo band had planned for the rest of the year.”

While, Roberts was featured on both records of Cooper, 1986’s Constrictor and 1987’s Raise Your Fist and Yell. Cooper said in a press release:

“I’m looking forward to welcoming back Kane Roberts for our shows in September and October. We’ve been friends all this time, and he’s always been one of my favorite guitarists.

“He’s bringing more muscle to the Detroit Muscle Tour. We’ve always had a swinging door policy where players can come and go, so it’s very exciting to get back on stage with Kane. The fans are in for a real treat at these shows. It’s gonna be a blast. Kane Roberts, Ryan Roxie, and Tommy Henriksen on guitars? Hell yeah!”

The Detroit Muscle Tour will run from Sept. 7 through Oct. 8  all across North America. See the dates below.