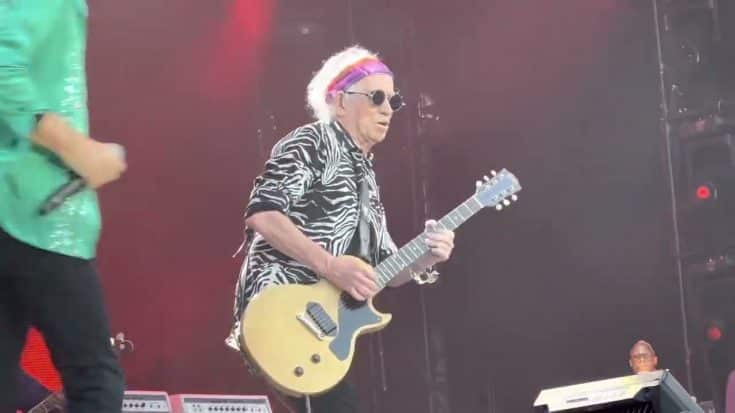 The Rolling Stones performed their classic “Bitch” taken from Sticky Fingers, during a July 11 stop at the King Baudouin Stadium in Brussels, Belgium.

“Bitch” was initially released as the B-side to the 1971 album’s lead single, “Brown Sugar.” The band’s 60th anniversary European tour was launched in Madrid, Spain on June 1 and since then, they have been playing a number of fan favorites from the iconic album, such as “Dead Flowers,” “Wild Horses,” and “Can’t You Hear Me Knocking.”

The Brussels concert marks as the 8th stop on their ongoing European tour. They will continue the trek with a July 19 stop in Lyon, France, and is scheduled to wrap up on August 3 in Berlin, Germany. The Stones resumed their tour after Mick Jagger tested positive for COVID-19 and had to postpone some dates on the schedule.

Meanwhile, in celebration of their 60th anniversary, a special four-part docuseries, My Life as a Rolling Stone, is now set for a U.S. premiere Aug. 7 on Epix. The show originally debuted by the BBC in March and each episode will focus one of the band’s four core members, Jagger, Richards, Ronnie Wood, and the late Charlie Watts.

Watch the fan-filmed video of their performance below.