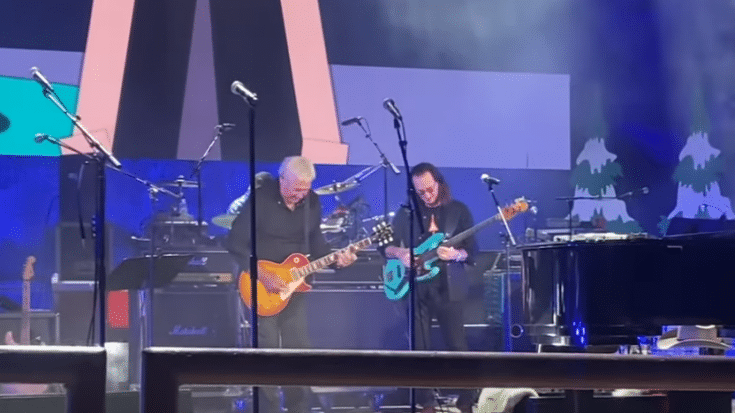 They invited Primus, who actually the one who wrote the hit show’s theme tune. Together with Primus is Ween, who appeared in 1998’s popular “Chef Aid” episode in the show’s second season, to pay tribute to series creators Matt Stone and Trey Parker and some of the show’s most iconic and memorable songs.

Little did the two know in advance was that Primus frontman, Les Claypool, had also secretly extended an invitation to Rush duo Geddy Lee and Alex Lifeson. Claypool invited the two to join the party which took place on August 9 and 10.

Upon introducing the prog rock legends onstage, Claypool shared that he’d nagged lifelong Rush fan, Stone, into learning the drum parts of the 1977 single “Closer To The Heart.”

His reason was… so that he could sit in with Primus to cover the song. The idea seemed perfectly logical given that Primus have been performing the song’s parent album, A Farewell To Kings, in its entirety on tour. Stone was shocked upon hearing Claypool saying:

“He had no idea that we were dropping this on him.”