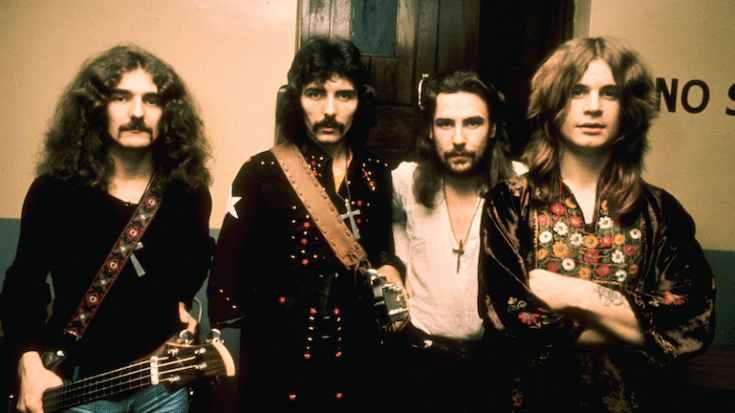 Headlines about seven British members of the parliament representing Birmingham have written to the Queen to ask that Black Sabbath should be honored for their services to music surprised many.

This request is indeed unusual. It happened following the reunification of Sabbath vocalist Ozzy Osbourne and guitarist Tony Iommi onstage in their hometown on August 8 for a surprise appearance at the closing ceremony of the Commonwealth Games.

The pair were joined by bassist Adam Wakeman (formerly Ozzy’s touring keyboardist) and Tommy Clufetos (formerly Sabbath’s live drummer) to perform “Paranoid” at Birmingham’s Alexander Stadium. The performance actually surprised a lot of their fans, including big names in the music industry.

The petition to the Queen was made by Khalid Mahmood and Perry Barr. They were backed up by Members of the Parliament from across the political spectrum, including Jess Phillips and Gary Sambrook. The official request were written as follows:

Please forgive the direct nature of this letter. We, the undersigned humble subjects, humbly ask you to bestow an honour on the Black Sabbath rock group, who were formed in Birmingham in 1968 by guitarist Tony Iommi, drummer Bill Ward, bassist Geezer Butler and vocalist Ozzy Osbourne.

“They are often cited as pioneers of heavy metal music. The band helped define the genre with releases such as Black Sabbath (1970), Paranoid (1970) and Master Of Reality (1971).

“Following the closing ceremony of the Commonwealth Games, which took place in my Birmingham Perry Barr constituency, I have been inundated with requests that Black Sabbath be recognised for its services to music and to the City of Birmingham. For all their global fame, they have kept strong links with Birmingham, demonstrated by their barnstorming surprise performance at the closing ceremony of Commonwealth Games.”

We therefore seek direct intervention and support from Your Majesty to recognise the great contribution made by these fine and ground-breaking musicians, who were made in Birmingham and who have once again not just entertained Birmingham, the United Kingdom and the whole of the Commonwealth but perhaps the world.”

The Queen Elizabeth II has yet to respond to the said petition.

I am humbly requesting Her Royal Highness Queen Elizabeth II @RoyalFamily to bestow and honour to @BlackSabbath for their services to music. There will be a public release on 12th August 2022 at 1pm at Black Sabbath Bench, Broad St,@BBCNews @itvnews @midlands_bbc @ClassicRockMag pic.twitter.com/Mixrxxw1Vr