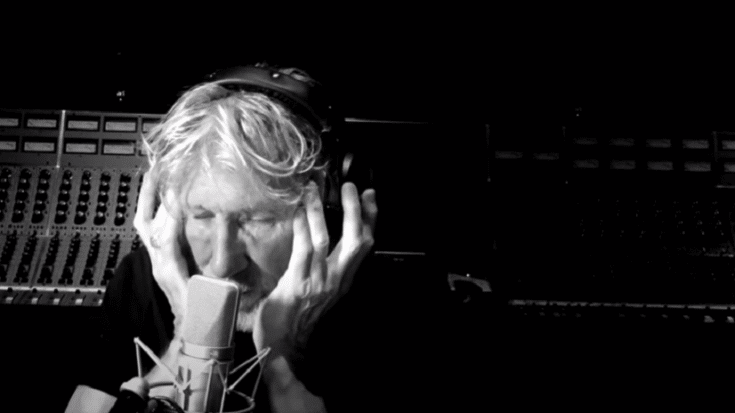 Roger Waters’ This Is Not a Drill Tour may have been postponed but he remotely got together with his touring unit to record a socially distanced cover of Pink Floyd’s rare number “Two Suns in the Sunset.” The band joining him features singers Jess Wolfe and Holly Laessig, drummer Joey Waronker, guitarists Jonathan Wilson and Dave Kilminster, pianists Jon Carin and Bo Koster and saxophonist Ian Ritchie.

The video is prefaced with, “We’re at one hundred seconds to midnight on the doomsday clock. This is the closest the Human Race has ever been to nuclear catastrophe.”

Waters then wrote on the video description, “I had an idea to make an album of all the songs we did as encores on the US and Them tour. We did “Mother” first. Had to do it remotely because of Covid 19. “Two Suns in The Sunset” is #2. Hope you like it. I love it. What a beautiful band they are. Love R.”

He added, “PS. That we allow Nuclear Weapons to exist in a world controlled by deranged sociopaths is, in itself, a deranged arrangement. We are many they are few. We could just say no, to the whole MAD (Mutually Assured Destruction) insanity. It makes zero sense and is potentially omnicidal.”

Waters performed the song a couple of times during the European stop of his Us + Them concert in 2018. But before that though, it has never been played live after its release in 1983 for Pink Floyd’s twelfth studio album, “The Final Cut.” It’s also Waters’ final song as a Pink Floyd member.