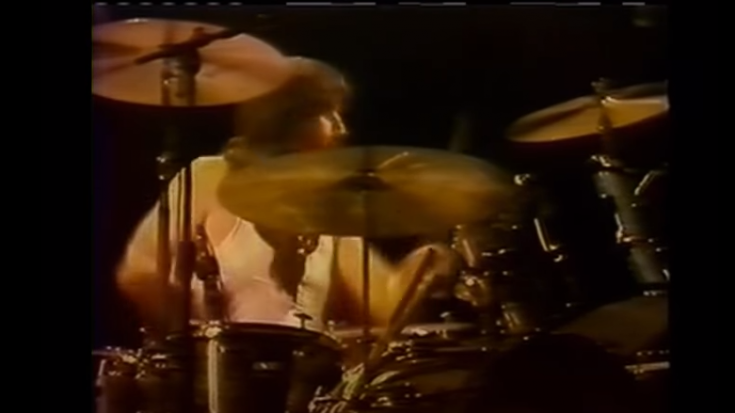 John Bonham was a force of nature behind the kit. He played the drums with so much power and finesse that only other virtuoso musicians like his bandmates could keep up with him. And so during Led Zeppelin’s show in 1970 at the Royal Albert Hall, he stole the spotlight with an epic 15-minute drum solo for “Moby Dick” – it was the piece that transformed him into a rock titan.

Bonzo was in a league of his own. And the clip below shows one of finest musical moments. His technique’s difficult to emulate, it’s something only Bonzo could do.

Former Swan Song Vice President Danny Goldberg described Bonham as “the ultimate rock & roll bad guy.” He told Rolling Stone, “He somehow felt that he didn’t have to abide by any social rules at all. The band used to call him ‘The Beast.’ He was the ultimate room destroyer. But he had this incredible talent. I don’t think there’s ever been anybody like him. As brilliant as Jimmy Page is, Led Zeppelin will never be the same without John. It may be better, it may be worse. But there’s no one else in the world who can play drums like that.”