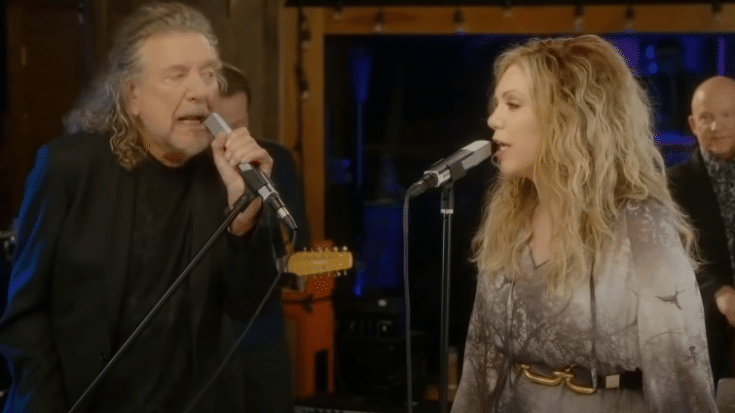 Robert Plant and Alison Krauss serenaded their fans on NBC-TV’s The Tonight Show starring Jimmy Fallon last December 17. The two acclaimed musicians sang their song “Searching For My Love” from their album “Raise The Roof” which debuted at No. 7 on the US Billboard 200.

Plant and Krauss kept giving us an early holiday treat, just last December 13 the pair sang three songs on the Tiny Desk (Home) Concert performance on NPR Music. Their newest album Raise The Roof (Deluxe Edition) has 14 tracks and can be bought in three different limited edition vinyl in yellow, red, and green. This is the second album the two artists did following their Grammy Award-winning 2007 record “Raising Sand” with 13 tracks.

Fans of the two are so excited to see them together performing again. Some people say that Led Zeppelin’s Plant and bluegrass-country Krauss are the strangest pair, but their music compliment each other and together they make an incredible sound.

They’ve already announced the first series of dates for a world tour in 2022 starting with US shows in June and a 3-week run across Europe. Tickets are now available on Robert Plant’s website.

Check out the video below and listen to Plant and Krauss’ amazing performance.