Rockstars That Were Inducted In The Hall Of Fame Multiple Times 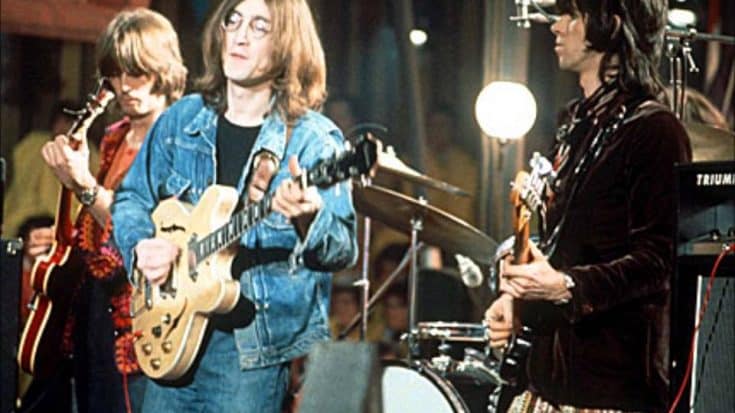 The Rock & Roll Hall of Fame has been a big part of the music history in celebrating the biggest artists since its foundation in 1983. A lot of people argue about the list of inductees claiming that the Hall allowed musicians in “non-rock” genres to participate. Despite the arguments, more than two dozen acts impress the Hall and became an inductee more than once. See who these 26 artists on the list below.

1. Eric Clapton
The first and only “Triple Inductee”. First inducted with The Yardbirds in 1992, second with Cream in 1993, and solo in 2000 during a ceremony at the Waldorf Astoria Hotel in New York City.

2. John Lennon
John was inducted twice. First with the Beatles in 1988 and became the first member of the band to get inducted into the Hall as a solo artist in 1994.

3. Paul McCartney
Paul was also inducted twice. First with the Beatles in 1988 where he didn’t attend due to the band’s conflict, then solo in 1999.

4. Stevie Nicks
She was first inducted for her work with Fleetwood Mac in 1988. Now, she’s inducted again for her solo work, making her the first female artist inducted twice.

6. Peter Gabriel
Gabriel was inducted twice. First with his rock band Genesis in 2010 then as solo artist in 2014. He founded the Real World label.

7. Curtis Mayfield
Mayfield received his Grammy Lifetime Achievement Award in 1994. He was inducted first with The Impressions in 1991, then solo in 1999.

8. George Harrison
Just recently, Harrison’s classic solo album, All Things Must Pass celebrated its 50th year anniversary. He was first inducted with The Beatles in 1988 and as a solo artist in 2004.

9. Ronnie Wood
Ronnie was a two time inductee first with The Rolling Stones in 1989, and The Small Faces/Faces in 2012. Wood fought cancer twice now during pandemic as well.

10. Lou Reed
This literally master was inducted twice, first with The Velvet Underground in 1996 and as a solo artist in 2015.

11. Jeff Beck
One of the most respected guitarists in rock music was first inducted with The Yardbirds in 1992, then solo in 2009.

12. Tina Turner
Turner was inducted first with the duo Ike and Tina Turner in 1991 and as a solo artist this year. She is one of only three women in the institution’s history to be inducted twice.

13. Jimmy Page
One of the greatest and most influential guitarists of all times was inducted twice, first with The Yardbirds in 1992, following with Led Zeppelin in 1995.

14. Dave Grohl
Probably the nicest guy in the rock scene was inducted twice, first with Nirvana in 2014 then with Foo Fighters this year.

15. Ringo Starr
One of the world’s most iconic drummers was inducted twice, first with the Beatles in 1988 where he also didn’t attend due to conflict with bandmates and as a solo artist in 2015.

18. Carole King
Carole King, whose music proved that simply good songs always win the day was inducted first in 1990 as a songwriter together with partner Gerry Goffin. This year, Carole King was inducted as an artist.

19. Clyde McPhatter
American rhythm-and-blues singer popular in the 1950s was inducted twice. First as solo in 1987 and with the Drifters in 1988.

20. Graham Nash
Still active in the music scene, Nash was inducted twice, first with Crosby, Stills and Nash in 1997, and the Hollies in 2010.

21. David Crosby
One of the most successful and influential folk-rock musicians, Crosby was inducted with The Byrds in 1991, and then with Crosby, Stills and Nash in 1997.

22. Stephen Stills
Stills was inducted twice, on the same night, with Crosby, Stills and Nash, and Buffalo Springfield in 1997.

23. Neil Young
Despite the ‘grand concept’ albums that cover every topic from drug death to ecology to anti-agrarian corporations. — Young was inducted solo in 1995 and with Buffalo Springfield in 1997.

24. Johnny Carter
Carter was inducted twice, first with the Flamingos in 2001, then with the Dells in 2004.

25. Gregg Rolie
Former lead singer of two iconic bands was first inducted with Santana in 1998 followed by Journey in 2017.

26. Sammy Strain
American R&B vocalist was inducted first with The O’Jays in 2005, then with Little Anthony & the Imperials in 2009.