Watch Ringo Starr Show How To Play “Ticket To Ride”, “Come Together”, and “Back off Boogaloo” 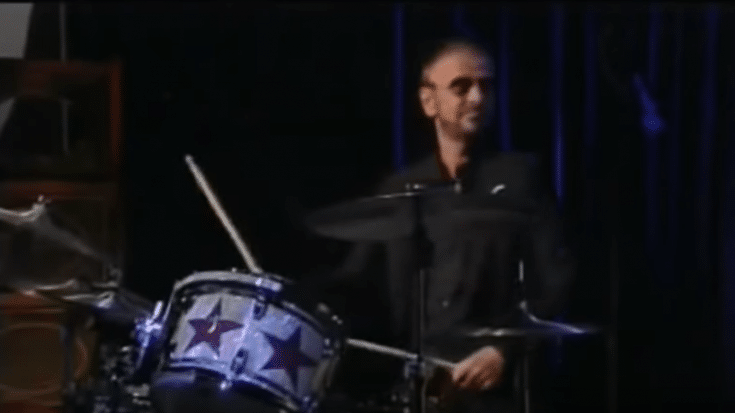 His Skills Are No Joke

Ringo Starr has been the butt of several jokes over the years – how his skills are mediocre and how there are far better drummers than him, how he basically won the lottery after landing the gig with The Beatles, and how he’s the luckiest musician in the world. No matter what the haters say, Starr is laughing all the way to the bank as his net worth soars to $350 million.

Nevertheless, we beg to disagree about these claims that Starr isn’t a stellar drummer. Sure, he’s not as wild as Keith Moon or as fast as John Bonham. But at the end of the day, he’s reliable and his skills are no joke. It takes a lot to keep up with John Lennon, Paul McCartney, and George Harrison. But Starr did all that and more.

The video below was taken from an HBO show called Off The Record. And can we just say it? Ringo Starr is so cool that he could just sit in the corner and anyone would know he’s a rockstar. Check out the clip.