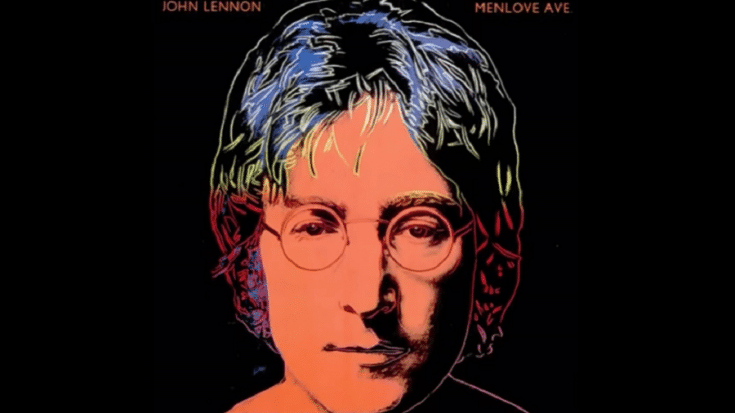 Menlove Ave. was released on November 3, 1986. It was John Lennon’s second posthumous album and he recorded the songs during the sessions for the 1974 Walls and Bridges, and 1975 Rock ‘n’ Roll. “Rock ‘n’ Roll People” however is from the 1973 Mind Games sessions. The title is a reference to the address of Lennon’s childhood home – 251 Menlove Avenue in Liverpool.

Yoko Ono supervised the production and she wrote in her liner notes, “John’s American rock roots – Elvis Presley, Fats Domino and Phil Spector are evident in these tracks. But what I hear in John’s voice are the other roots of the boy who grew up in Liverpool, listening to “Greensleeves”, BBC Radio and Tessie O’Shea.”

It wasn’t well-received though and it ended up becoming Lennon’s least successful album. It wasn’t downright awful but it definitely wasn’t his finest record too. There are a few gems, as expected, but some of the songs didn’t do much for us. Menlove Ave. is raw and powerful but chaotic in certain parts.

Here We Go Again is a slow but enchanting number. It sets the mood for the LP. Rock ‘n’ Roll People picks up the pace and we’re actually digging the song. It’s fun and upbeat and his vocal performance is stellar. Angel Baby isn’t our favorite cut on the album. It’s too all over the place. Since My Baby Left Me is groovy and enjoyable. To Know Her Is to Love Her is on the weaker side. The only saving grace is Lennon’s screams and the way he hits the high notes almost flawlessly.

Steel and Glass is a bit dark and haunting. Scared is a near-standout for us. Old Dirt Road has that wistful feel. Nobody Loves You (When You’re Down and Out) is quite forgettable. Bless You is lovely but there are better songs on here.

Menlove Ave. is clearly not Lennon’s best album but it’s good enough for those who want every single recording he has. It has its moments but it’s easily overshadowed by his other works.