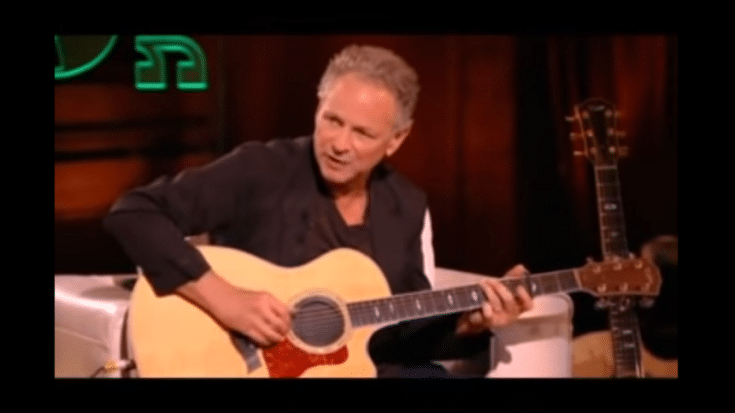 Not Getting The Credit He Deserves

Lindsey Buckingham, as a guitar player, is criminally underrated. We mostly know him as a prolific songwriter and important member of Fleetwood Mac. But while he’s not always recognized for his playing, there’s no doubt that he could hold his own against other more popular guitarists. He’s never flashy and doesn’t try to upstage anyone during their performances but one thing’s for sure, he can mesmerize and captivate the crowd with his music.

GuitarPlayer described him as a “genre-bending technician who has honed strains of flamenco, rockabilly, blues, and rock into his own powerfully expressive lick vocabulary.”

In this interview on a show called Talks Music, he discusses his guitar playing style which the host referred to as “completely unique” and “very unorthodox.”

Buckingham doesn’t use the pick. Instead, he uses his fingers.

And so the rock icon shared, “It began as kind of a Travis pick, after Merle Travis. I mean, the only time I use a pick is sometimes in the studio where you want to get a very clean strumming sound for a particular part that you’re putting on. It’s one of those things where it’s just, it’s the way I came up playing.”