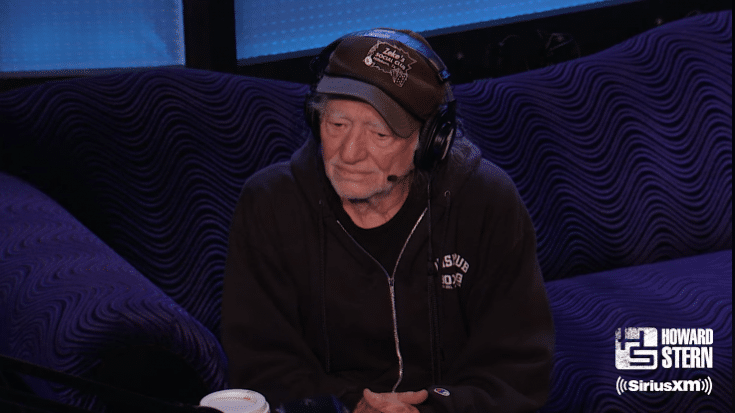 Willie Nelson is one of the most accomplished musicians of all time. He’s an important figure in outlaw country and he has penned several classic hits that remain well-loved today. He had a string of hits and collaborated with other country legends – even forming the supergroup The Highwaymen with Johnny Cash, Waylon Jennings, and Kris Kristofferson. With a career spanning over six decades, Nelson released more than ninety albums and continues to tour today.

In 2014, he sat down for an interview on The Howard Stern Show. He discussed his songwriting process and how he comes up with several stellar tracks on his catalog. He was asked what makes a good “writing place.” To which he answered, “I was moving from Texas to Nashville. I went to Nashville to kind of break into the music and I wrote those song on the way to Nashville.”

He continued, “If I really need and want to write a song today, I’ll get in a car and take off driving down the highway in any direction, it doesn’t matter. And I’ll write a song.”

More than a singer and songwriter, Nelson is also an animal rights activist. And he even helped organize the first Farm Aid concert along with Neil Young and John Mellencamp.