Watch Prince Talk About ‘The Meaning Of Life’ 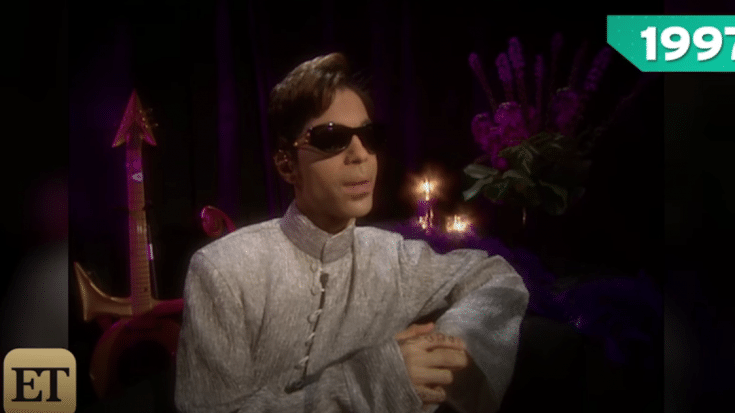 He Explained His Philosophy

In a rare 1997 interview on ET, Prince opened up about his thoughts on fame, his music, and the meaning of life.

Prince was always regarded as a genius. He was an artist who never confined himself in a box. He didn’t follow trends and he wasn’t in it for what would give him more commercial success. On the contrary, he always did what he wanted and what he loved. And so, aside from a rich legacy of classic songs and unforgettable live performances, he was undoubtedly a pop culture icon.

But though he became a household name, he was mysterious and reclusive and therefore, rarely granted interviews.

He said, “Ego is one thing and money is one thing. But reverence for life and service to others is the key to getting off this planet.”

He added, “Whenever we get too tied down to anything on Earth – be it a name, a body, a lifestyle – that’s the road to ruin. When you get too worried about the human body and this lifetime and you put too much effort in it in a negative sense, like fighting someone, it just keeps you from your goal. So, I don’t bother.”