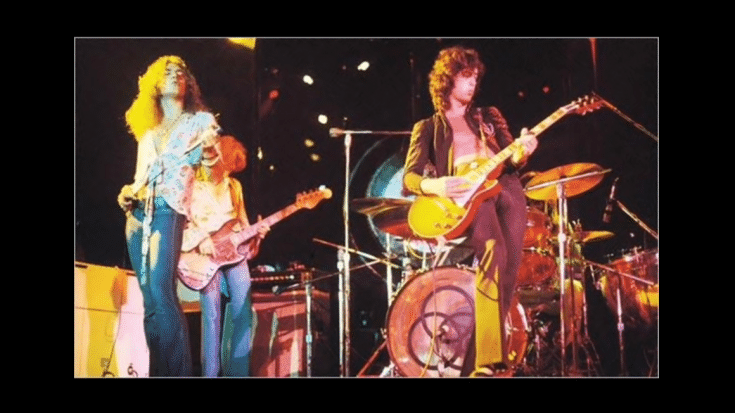 Led Zeppelin At Their Absolute Best

Without a doubt, Led Zeppelin has an outstanding catalog full of some of the finest and most enduring songs in hard rock. Founder and resident guitar god Jimmy Page wrote several of them and understandably so, he’d find it difficult to pick just one favorite. After all, as fans, it’s already hard for us to choose just their top five.

But in a 2012 interview with Rolling Stone magazine, Page talked about what he thinks is the greatest Led Zeppelin riff.

He said, “It’s difficult to be asked, “What’s your favorite Zeppelin track?” They all were. They were all intended to be on those albums. [Pause] I suppose “Kashmir” has to be the one. I knew that this wasn’t just something guitar-based. All of the guitar parts would be on there. But the orchestra needed to sit there, reflecting those other parts, doing what the guitars were but with the colors of a symphony. John Paul Jones scored that. But I said, “John, this is what it’s got to be.” I knew it, and I heard it.”

“Kashmir” was featured on Led Zeppelin’s sixth studio album, Physical Graffiti. Page and frontman Robert Plant worked on the song for about three years. It became a staple in their concerts and the surviving members even played it at their reunion show at The O2, London on December 10, 2007.

Elsewhere in the interview, he was asked whether he misses Led Zeppelin and he responded, “I had some amazing times. This was the sort of band musicians dream of being in. And I was in it. To be on the spearhead of making music without compromises — do I miss that? I miss that for everybody. Bands today don’t have the freedom we had. It was a time when you could envision forming a band and being in it for a long time, where you could really develop your music. You felt, instinctively, not only was it something that could be done but should be done.”