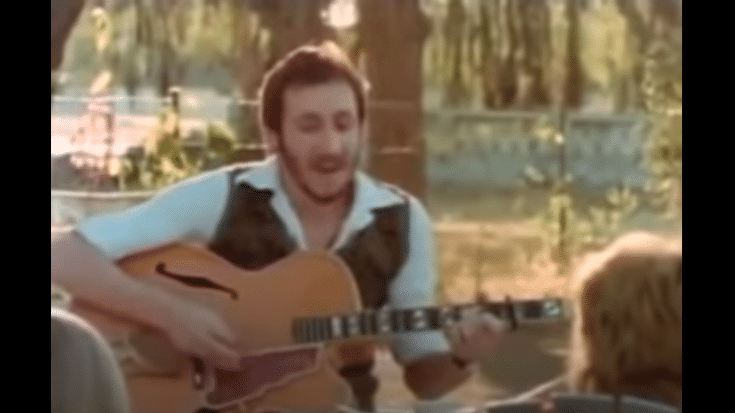 On January 31, 1976, The Who guitarist Pete Townshend performed an acoustic solo rendition of “Drowned” for Meher Baba devotees in Meherabad, India. It was his second and final visit to India.

“Drowned” was written by Townshend for The Who’s sixth album, Quadrophenia. Musically, it was less complex to play live compared to the other tracks on the record which is why the band enjoyed performing it. A simple and straightforward song, Townshend initially wrote it as a tribute to the Indian spiritual master Meher Baba in early 1970.

Townshend said, “When the tragic hero of [Quadrophenia] sings it, it is desperate and nihilistic. In fact, it’s a love song, God’s love being the ocean and our ‘selves’ being the drops of water that make it up. Meher Baba said, ‘I am the Ocean of Love.’ I want to drown in that ocean, the ‘drop’ will then be an ocean itself.”

Unfortunately, the studio where The Who recorded it was flooded not long after.

Townshend recalled, “When recording this song it rained so hard in Battersea where our studio is that the walls were flowing with sheets of water. Chris Stainton played piano in a booth and when the take was finished he opened the door and about 500 gallons gushed out! Another glorious coincidence.”