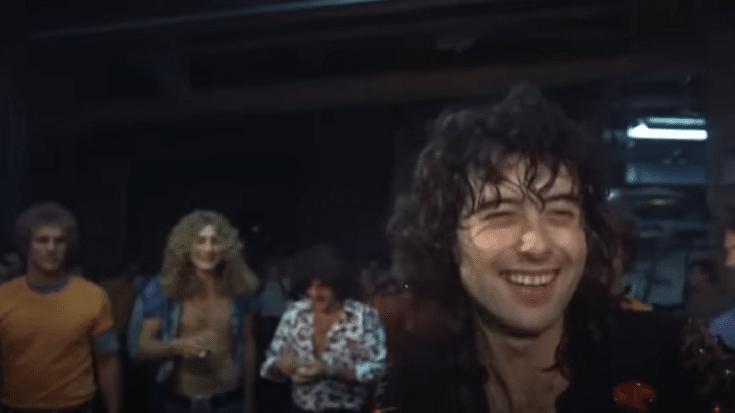 In the summer of 1973, Led Zeppelin played a series of shows at the Madison Square Garden in New York City. At the time, they’ve been planning on filming one of their live performances and then bringing it to the big screen. Director Joe Massot offered manager Peter Grant to film the band but the latter has repeatedly refused. But with the massive success of their US Tour, he changed his mind and gave his go signal.

Grant was, however, not satisfied with the end result despite shelling out thousands of dollars. So he fired Massot and brought in Australian director Peter Clifton. As it turned out, Grant mostly had unusable footage so Clifton decided to recreate the entire show at Shepperton Studios in August 1974.

Guitarist Jimmy Page told Uncut Magazine in 2008, “I’m sort of miming at Shepperton to what I’d played at Madison Square Garden, but of course, although I’ve got a rough approximation of what I was playing from night to night, it’s not exact. So the film that came out in the ’70s is a bit warts-and-all.”

Bassist John Paul Jones also had to wear a wig since he’s cut his hair short.