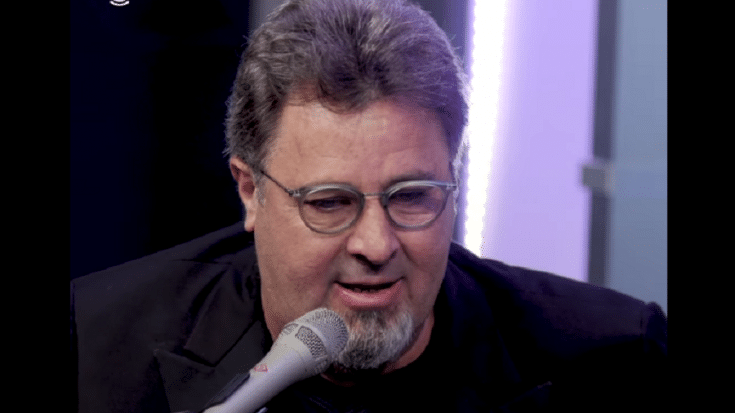 In a 2019 SiriusXM interview with Vince Gill, he revealed that before he joined The Eagles, his local bluegrass band opened for another legendary rock band – KISS. They were called at the last minute because the opening act had canceled that night. At the time, they were already “fairly popular in Oklahoma City” so they agreed to play but had no idea who they were actually opening for.

Gill told SiriusXM, “So, we get this makeshift bluegrass band of four or five guys, and go down there with our mandolins and our fiddles. I’m driving by the Civic Center and I see on the marquee it says, ‘Kiss, appearing tonight.’ KISS! And I went, ‘Nah, can’t be. That’s just not possible. You know I said, ‘We must be doing a Shriner’s convention in the basement or something you know.’”

Then of course, the promoter confirmed that they were indeed opening for KISS. Gill recalled, “It was late and we set up, and we went out there. They’re ready for blood and guts and rock ’n’ roll, in their painted faces, and they’re mad.”

Unfortunately for Gill’s band, they “didn’t last very long. The first song finished and the whole place started booing. And then we tried to do a second – not lightly booing, but angrily, like a bad football game ending.”