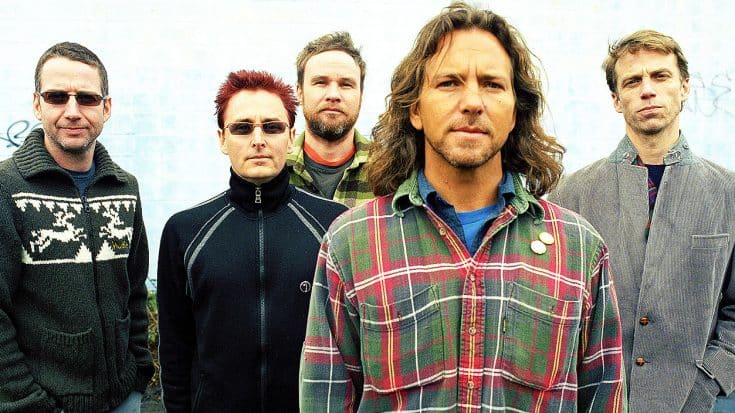 The grunge legends are finally where they belong!

90’s and grunge legends Pearl Jam are finally where they belong: the Rock and Roll Hall of Fame. Over the weekend, the grunge pioneers were enshrined in the Hall of Fame in a beautiful performance, topped off by an inspiring speech from all members and an amazing performance of some of their biggest hits.

Former late-night talk show host David Letterman inducted the band. Pearl Jam were a common guest on Letterman’s show, and Letterman is a major fan of them. Neil Young was originally slated to induct Pearl Jam, however he was unable to make it due to sickness. Letterman opened with some nice words:

“These guys in Pearl Jam were something more than a band,” he said. “They would recognize injustice and they would stand up for it….They risked their careers by going after those beady-eyed, bloodthirsty weasels, Ticketmaster….And because they stood up to them, I’m happy to say, every concert ticket in the United States of America today is free….I know them as friends as well as cultural icons.”– Letterman said.

Eddie Vedder‘s speech echoed what Letterman said. Vedder turned the focus away from their induction, and directed it toward important issues throughout the world like climate change.

Check out the speech, and their performance down below, and let us know what you think!