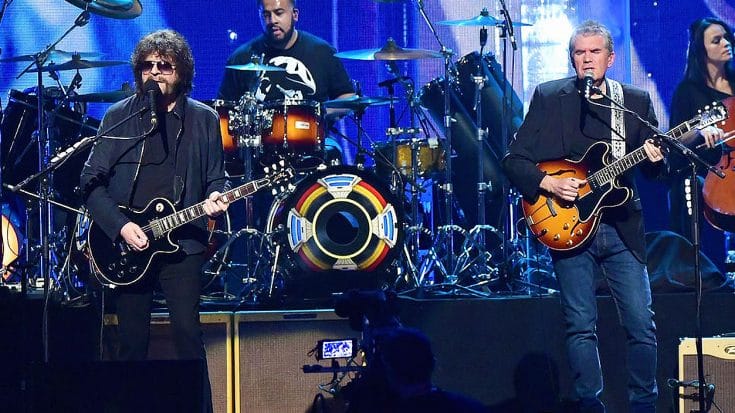 A salute to a legend, and fellow hall of famer!

Over the weekend, Electric Light Orchestra were inducted into the Rock and Roll Hall of Fame. It was a longtime coming for the classic rock band, who waited 21 years to finally get inducted, finally got their moment on the big stage.

ELO didn’t waste their moment, and were actually the first band to be inducted and perform during the evening. Kicking off the event was a large task, but ELO refused to waste the moment, and decided to open the show with a rockin’ tribute to the late-legend Chuck Berry. ELO kicked off their performance with a cover of Berry’s hit “Roll Over Beethoven.” The cover started off with a little snippet from an actual Beethoven symphony, before the band rumbled in and Jeff Lynne plucked that iconic opening riff.

According to Rolling Stone, Roll Over Beethoven “became the ultimate rock & roll call to arms, declaring a new era.”

It was a fitting opening for such an iconic event, and what better way to bring in new talent, than salute a man who is considered the “pioneer of rock n’ roll.”

Check out the cover down below, and let us know what you think! You can watch the full show on HBO April 29th.