Yes Get Hilarious (And A Little Dirty) For Their Rock Hall Induction Speech, And It’s Everything We Wanted 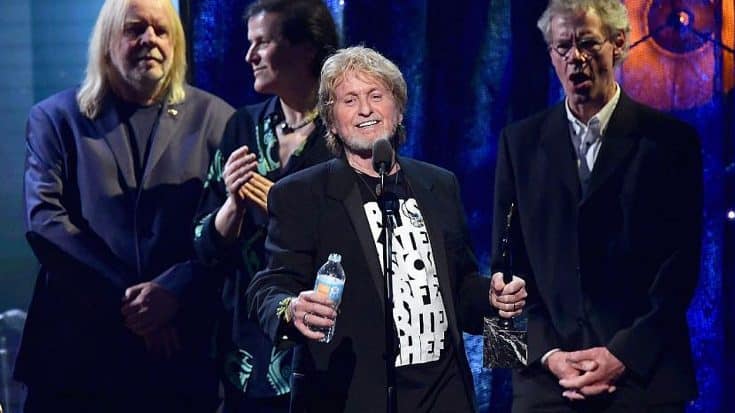 Yes Make It A Night To Remember

When you’ve been waiting for something for as long as Yes have been waiting for their induction into the Rock and Roll Hall of Fame, it’s easy to get a little bitter and lose your sense of humor and quite frankly, no one would have blamed them if they had. Thankfully, they’ve managed to maintain their tongue in cheek sense of humor through it all and when they finally converged on New York’s Barclays Center to take their rightful place in the Rock and Roll Hall of Fame, Yes made it a night to remember with one of the funniest, most hilariously profane induction speeches in recent memory.

From Jon Anderson’s disbelief at being a grandfather (“I can’t believe I’ve got grandchildren!”) to Rick Wakeman’s hilarious tales of running into his father at a strip club and instructing the men in the audience to stay healthy with yearly prostate exams (we’re not making this up, we swear!), Yes made it clear that while it may have taken a while to receive this honor, they’re too happy to have it to even consider being bitter.

It wasn’t all naughty jokes, though. A united front fiercely grateful for the wild ride their shared love of music has taken them on, emotions ran high as the guys in Yes struggled to find the appropriate words to thank each other and the devoted legion of fans who believed in them against all odds, each member taking time out to say a little something special to the dearly departed Chris Squire who died in 2015 after a valiant battle with cancer. Alan White called the road to the Rock Hall “a long journey” and honored his 43 year friendship with Squire by saying, “I’d like to acknowledge Chris Squire. I worked with him for 43 years and he was one of my best friends ever,” but no one summed it up quite like Steve Howe:

“We’d love to thank all of our fans for believing all these years that we deserve and need to be inducted into the Rock and Roll Hall of Fame,” said Howe, “We love you all very, very much. We look forward to continuing, to unearth more great works of Yes!”