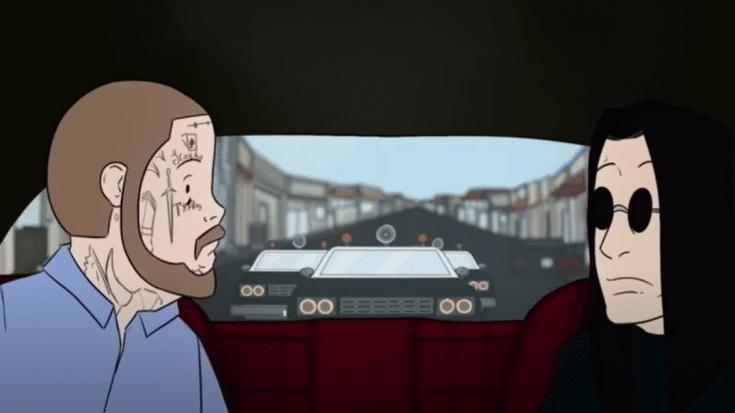 Ozzy Osbourne has released an animated video for “It’s A Raid” – the closing track of his most recent solo album released in February 2020, Ordinary Man. The animation also features rapper Post Malone and it references Black Sabbath’s infamous 1971 drug raid in Los Angeles when they recorded Vol. 4.

The story goes that Osbourne pressed a button which he mistakenly thought was for the air conditioning unit and he accidentally trigger the house’s alarm system which brought the police to their rented place. The band members were forced to dump all of the drugs to avoid going to jail.

Osbourne told Rolling Stone, “Andrew [Watt, producer] thought it was a funny story and said, ‘We’ve got to write a song about it’. We were just jamming around, like, ‘It’s a raaaaaaid!'”

The Prince of Darkness also said in a statement, “A couple of years ago I didn’t even know who Post Malone was. Since then we’ve worked together on two studio tracks and have performed together twice. Understandably Covid-19 made it difficult to get together to shoot a music video for ‘It’s a Raid’ so we opted for this wildly imagined animated video for the final single from the Ordinary Man album.”