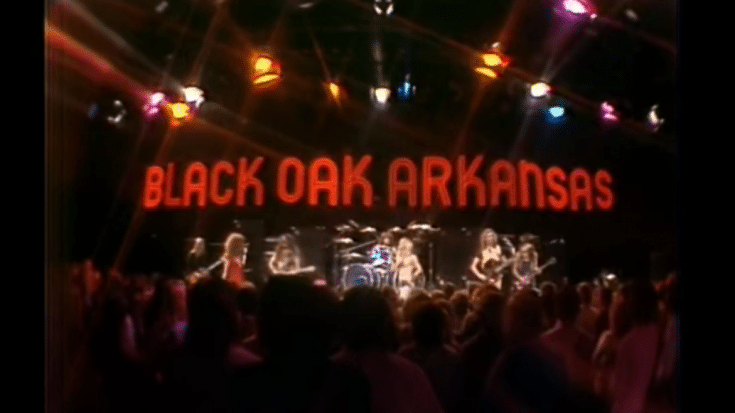 In 1975, Black Oak Arkansas appeared on The Midnight Special and performed “Jim Dandy”.

Written by Lincoln Chase and originally recorded by R&B singer LaVern Baker, it’s about a man named Jim Dandy who tries to rescue women from impossible predicaments. Even before Black Oak Arkansas covered the song, frontman Jim Mangrum already began using Jim Dandy as his stage name. The track became the first single of High on the Hog, the band’s most commercially successful album. “Jim Dandy” peaked at #25 on the US Billboard Hot 100 – Mangrum shared and traded vocals with vocalist Ruby Starr.

Mangrum once told Classic Rock magazine in an interview, “See, rock’n’roll has a meaning. It’s about freedom. And it’s about taking time to party. No matter what’s happening to the world, we’ve got to laugh and smile and face disaster. We can’t let it show, no matter what they do to us.”

And the reason why they stood out among their contemporaries?

Rickie Lee “Richochet” Reynolds said, “There was no other group doing that kind of music then. We were the first ones to have the three guitars, the first to mix up rock, country, and rhythm and blues.”