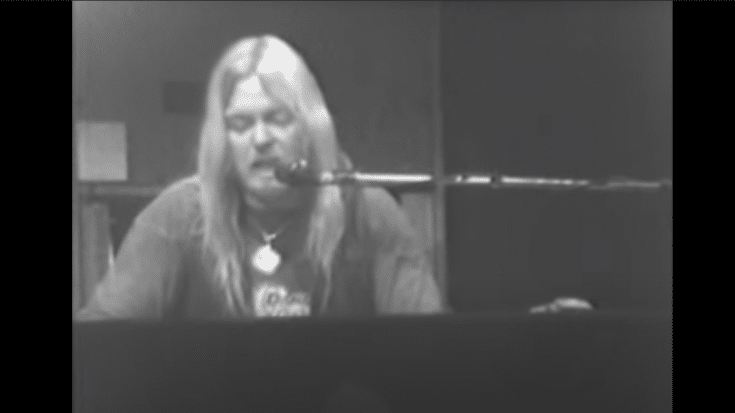 One of Their Most Underrated Songs

On April 20, 1979, The Allman Brothers Band played at the Capitol Theatre in Passaic, NJ. Halfway through their set, they played “Just Ain’t Easy” from their sixth studio album Enlightened Rogues. Written by Gregg Allman, it tackled his life in Hollywood with his wife, pop star Cher.

He wrote, “It’s about defeat and resignation, being on the bottom.” The two had a rocky and pretty controversial relationship.

Watch their performance below. Elsewhere in the same concert, John Belushi joined the band for “Hey Bartender.”

Meanwhile, The Allman Brothers Band are digging deep into their vault as they recently announced the live archival release of “Down In Texas ‘71” available digitally on March 26. This was recorded at a gig at the Austin Municipal Auditorium in Austin, Texas on September 28, 1971.