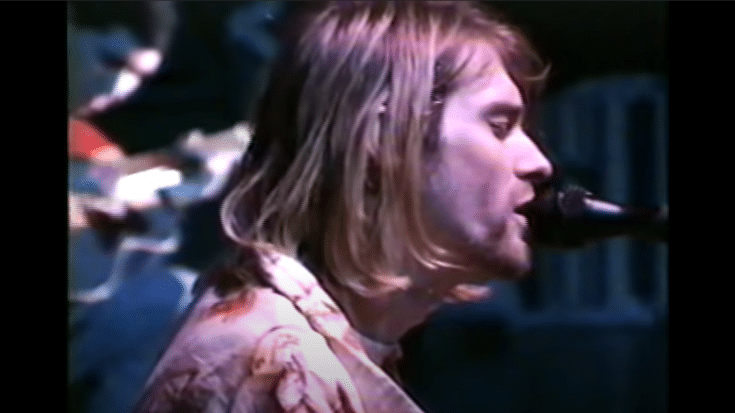 Nirvana’s last concert in Los Angeles took place at the Forum in Inglewood, California on December 30, 1993. They were in the middle of the tour in support of their third studio album “In Utero” and a few months after this show, frontman Kurt Cobain took his own life.

The rare 15-minute footage below was posted by documentary filmmaker Dave Markey who filmed and directed 1991: The Year Punk Broke. He wrote, “I stood on Kurt’s side of the stage at my hometown’s Los Angeles Forum and captured the last set I would see of this band. A band that I had worked with, toured with; people that I would call my friends. A band that both the world and myself really loved (can’t really say this has happened since.)”

He added that he was “glad to have documented this show, as well as their pre-fame fun in 1991.”

Nirvana played 23 songs that night and some of their most unforgettable numbers include a cover of the Vaselines’ “Jesus Doesn’t Want Me for a Sunbeam” which Cobain dedicated to actor River Phoenix who passed away two months earlier. They also performed a rendition of David Bowie’s “The Man Who Sold the World”, and their classic hit “All Apologies.”