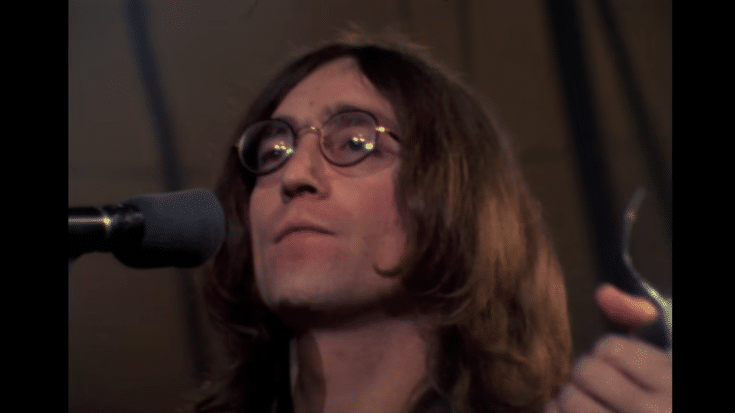 Some Of His Heroes

John Lennon was a difficult man to please and impress. He had pretty high standards when it came to music and being the straightforward rocker that he was, he always spoke his mind on interviews. But like every other rockstar, he had his musical influences and peers whom he greatly admired.

Let’s check out some of his personal favorite musicians.

Eric Clapton may have been George Harrison’s close friend but Lennon had mad respect for Clapton’s talent. In fact, when Harrison walked out on The Beatles in 1969, Lennon had someone in mind to replace him – Eric Clapton. Lennon reportedly picked Clapton because “he’s just as good and not such a headache.” Thankfully, Harrison came back after 12 days. And in 1971, Lennon wrote a letter to Clapton. Part of it read: “Eric, I know I can bring out something great, in fact greater in you that had been so far evident in your music. I hope to bring out the same kind of greatness in all of us, which I know will happen if/when we get together.” They also played together in a one-off supergroup called The Dirty Mac.

Elton John and John Lennon collaborated on the latter’s hit “Whatever Gets You Thru the Night”. They were friends and Lennon was in awe of John’s talent. Lennon talked about how the song came about: “I was fiddling about one night and Elton John walked in with Tony King of Apple. Elton said, ‘Say, can I put a bit of piano on that?’ I said, ‘Sure, love it!’ He zapped in. I was amazed at his ability: I knew him, but I’d never seen him play. A fine musician, great piano player. I was really pleasantly surprised at the way he could get in on such a loose track and add to it and keep up with the rhythm changes – obviously, ’cause it doesn’t keep the same rhythm. And then he sang with me. We had a great time.”

Lennon was picky about whom he collaborated with. But with David Bowie, Lennon felt a kinship because they were both big names in rock but they both understood the downsides of fame and stardom. And so for Bowie’s classic hit “Fame”, Lennon co-wrote it, played the acoustic guitar, and even contributed backing vocals. They became great friends too but according to producer Tony Visconti, Bowie was “terrified” of Lennon the first time they met.

Harry Nilsson was often called “the American Beatle”. He and Lennon were part of the Hollywood Vampires drinking club and they also collaborated on his album “Pussy Cats” which Lennon produced during his infamous “Lost Weekend”. May Pang revealed, “John loved Harry. He loved his energy; he loved his writing. What he loved in Harry were the beauty of his friendship and relaxed personality.” Following Lennon’s murder, Nilsson actively campaigned for gun control.

They heavily influenced Lennon and Paul McCartney. Macca shared, “When John and I first started to write songs, I was Phil and he was Don. Years later, when I finally met Phil, I was completely star-struck and at the same time extremely impressed by his humility and gentleness of soul. I will always love him for giving me some of the sweetest musical memories of my life.”

Aside from introducing The Beatles to cannabis, Bob Dylan also inspired the band members particularly Lennon. Speaking about The Freewheelin’ Bob Dylan, Lennon recalled: “For three weeks in Paris, we didn’t stop playing it. We all went potty about Dylan.” Lennon also mentioned Dylan in several interviews and some of his songs.

Lennon once said, “If you had to give rock and roll another name, you might call it Chuck Berry.” And in February 1972, Lennon and Yoko Ono took over the hosting duties on The Mike Douglas Show for a week. One of the guests was Chuck Berry who performed “Johnny B. Goode” and “Memphis, Tennessee” with the couple. During the show, Lennon said: “He was writing good lyrics and intelligent lyrics in the 1950s when people were singing ‘Oh baby I love you so.’ It was people like him that influenced our generation to try and make sense out of the songs rather than just sing ‘do wah diddy.'”

In an interview with Rolling Stone in 1971, Lennon described Berry as “one of the all-time great poets, a rock poet you could call him.” He added that Berry “was well advanced of his time lyric-wise. We all owe a lot to him, including Dylan. I’ve loved everything he’s done, ever. He was in a different class from the other performers.”

Lennon recalled the time he met his idol. He told SPIN magazine, “It’s an interesting story. We were terrified. He is our idol. We went to meet him, all the gang this day. We went in and he was sitting in front of a TV. We were in the middle of a tour, ’65 or something. He had this TV, I remember; he had an amplifier and a bass plugged into it. And watching with no sound on the TV. And playing bass and singing, and we were sort of singing along. But we were really just watching him. I always thought of it from our point of view; I never thought of it from his. And years later I heard from a friend, who is friendly with his ex-wife, that he was terrified too: a)’cause we were the new thing and b) what was gonna happen. And that he had been prancing around for hours in preparation, thinking of what to say. And we worshipped him.”

He continued, “It’s a strange story … I just remember sitting there and him playing the bass. And me thinking, “It’s Elvis! It’s Elvis!!” It’s actually Elvis. He looked great then, no weight on him. He looked good. And he was shy a bit. I’d like to see him in Vegas ’cause that’s where he’s supposed to be at home. But I’d be embarrassed if they said, “And there in the audience is John Lennon.” I’d hate it. I’m dying to see him.”