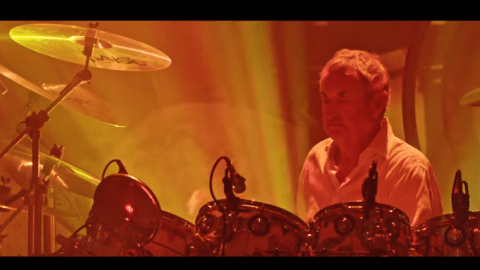 via Nick Mason's Saucerful of Secrets/YouTube

Nick Mason’s Saucerful of Secrets performed the 1968 Pink Floyd song “Set the Controls for the Heart of the Sun” – this is a preview of his ‘Live at the Roundhouse’ live album and concert film which features a pair of shows held on May 2019. It will premiere for one-night only on March 10 before it comes out this April 17 in audio and visual formats.

Mason formed Saucerful of Secrets back in 2018 and he made it clear they weren’t a tribute band. They mostly performed Pink Floyd’s early work especially those released before they broke into mainstream with the 1973 magnum opus “The Dark Side of the Moon.” In a 2018 interview, Mason told Rolling Stone: “I knew I couldn’t play ‘Comfortably Numb’ better than David or Roger, or indeed even the Australian Pink Floyd [tribute band]. It became a matter of finding something else that engaged us.”

Nick Mason’s Saucerful of Secrets haven’t hit the road in months but they’re set to kick off their 2020 tour on April 23 at G Live in Guildford, England and wrap up on July 2 at the Palacio Municipal in Madrid, Spain.