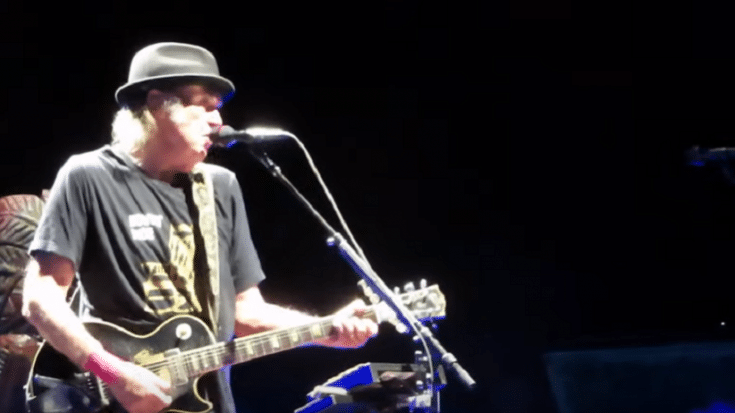 Neil Young’s European tour was packed with various surprises for the audience including several rarities – he definitely armed himself with a bunch of deep cuts. During his stop at the Sportpaleis in Antwerpen, Belgium on July 9, he brought out an old classic – the 1974 masterpiece On The Beach title track. He performed it with Promise of the Real. The last time he played it live was in 2003 and this is the first full-band treatment in over four decades.

It’s one of Young’s finest works as a singer-songwriter.

“Good album. One side of it particularly—the side with ‘Ambulance Blues’, ‘Motion Pictures’ and ‘On the Beach’—it’s out there. It’s a great take.” – Neil Young

From his set at a show in London’s Hyde Park to his duet with Bob Dylan in Ireland, Neil Young doesn’t show any sign of slowing down. Besides, he’s slated to perform at the star-studded lineup of Farm Aid 2019 which will be held on September 21 at East Troy, Wisconsin’s Alpine Valley Music Theater. Other performers include Bonnie Raitt, Willie Nelson, Dave Matthews, Promise of the Real, and John Mellencamp to name a few.

Neil Young has played every single Farm Aid show since 1985.

Check out the fan footage of Young’s live performance of “On The Beach” below.