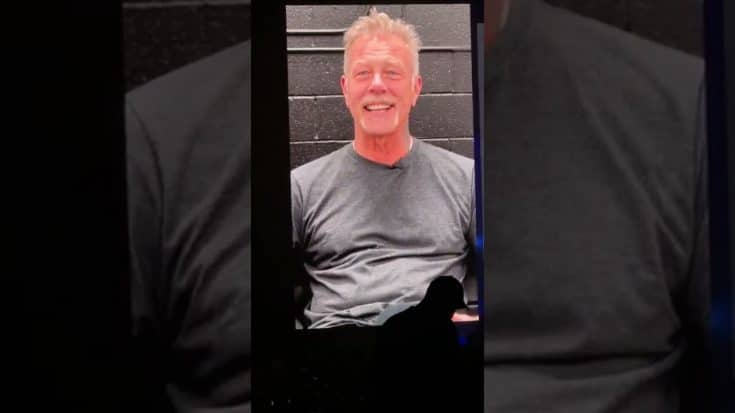 Metallica held a special concert earlier this month as a tribute to Jon and Marsha Zazula, the couple known for their significant contributions during the start of the band’s career.

At the beginning of the show, there was a tribute video played on the screens displayed at the venue. Lars Ulrich started the video by recalling the first time the band got a call from the couple in 1983 when they were living in San Francisco.

During that time, sending out demo tapes is the most common way to spread music and James Hetfield explained that Jon Zazula received one and that he was really enthusiastic about what he’d heard. The band decided to set off across the country just to personally meet Zazula in New Jersey. Hetfield chuckled:

“One of the first things we had to tell him was, ‘Hey, we’re here! And we’re getting rid of our lead guitar player. He was like, ‘Okay, well let’s keep going.’ We shared the same vision, so it felt absolutely right at the time.”

The couple then took Metallica into their home and eventually, the band moved into their basement. Ulrich referred to it as “Ground Zero for everything that was Metallica.” Hetfield said:

“I would like them to know that we are so grateful.

“Without that step in our careers, we wouldn’t be where we are today.”

The rest of the video was all about the stories about their time with the couple narrated by Hetfield, Ulrich, Hammett, and Robert Trujillo. In addition to that, a video clip of the Zazulas speaking about Metallica also appeared on the screen.

After the tribute video, Metallica started playing a 16-song setlist consisting solely of songs from their first two albums Kill ‘Em All and Ride the Lightning, which was both released through Zazula’s label Megaforce Records.