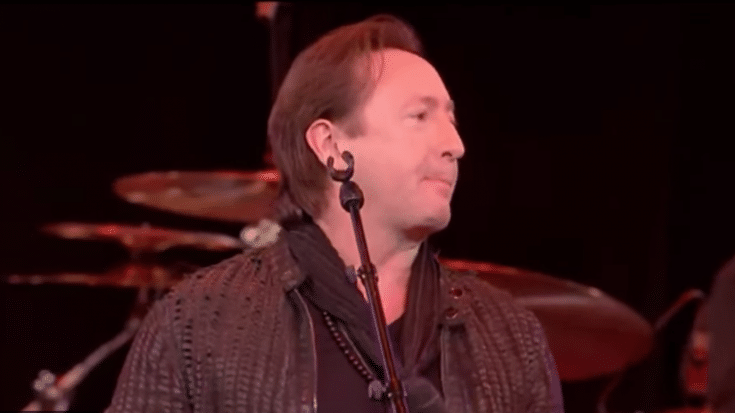 It seems that Julian Lennon couldn’t contain the joy and excitement he felt when he bumped into the legendary Paul McCartney.

He recently had an airport encounter with The Beatles bassist-vocalist, who happens to be his father’s former bandmate. Lennon shared their photos on his Twitter page.

The impromptu meeting of the two probably holds substantial weight for the Beatles fans. After all, Lennon was only five years old when McCartney wrote The Beatles’ classic “Hey Jude.” To date, myths about the song are still being resurfaced by some diehard fans. They still do believe that the song was meant to encourage the young boy, whose father at that time left his mother, the late Cynthia Lennon, for Yoko Ono.

On Lennon’s Twitter account, you can see the heartwarming photo of McCartney and him together in an airport earlier this month. Lennon wrote:

“It’s Amazing who you run into in an airport Lounge! None other than Uncle Paul…. So, so lovely, and what are the chances… Thankful….”

Last September, Lennon released his first solo album in over a decade naming it JUDE. A photo of McCartney displaying the JUDE album on a smartphone was also attached together with their selfie. Check out his tweet below.

It’s Amazing who you run into in an airport Lounge! None other than Uncle Paul….
So, so lovely, and what are the chances…