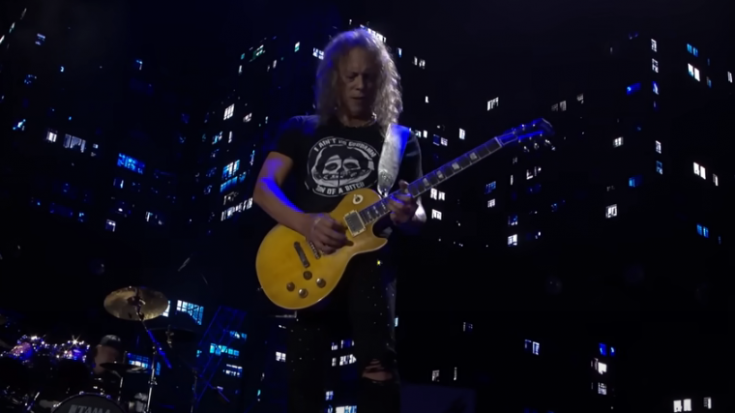 Last July 8, fans all the way from Portugal rocked the night away with Metallica as the band performed one of their classic tracks, “Fade to Black,” to wrap up one of their tour shows in Lisbon.

Coming from the 1984 album Ride the Lightning, “Fade to Black” was included in the band’s setlist during their performance on the third night of the NOS Alive Festival as the headline act. Also featured on the same night were fellow rock acts Royal Blood, AJ Tracey, Don Broco, and St. Vincent, among others.

Metallica also shared some performance footage wherein they opened their Lisbon set with the track “Whiplash” from their debut album Kill ‘Em All, which was also the track that paved their way to music stardom.

The NOS Alive Festival was also launched by Metallica and the series started last June 15 at Denmark’s Copenhell. The festival series continued across various countries in Europe, such as The Netherlands, Italy, Czechia, Germany, France, Belgium, and Spain.

You can catch the legendary act in America in the days to come. After their set at the Lollapalooza in Chicago, Illinois, Metallica will perform live at stadium shows in Buffalo, New York on August 11 and then moving on to Pittsburgh, Pennsylvania on August 14.