The Rolling Stones Debut “Out Of Control” Single Live In Sweden 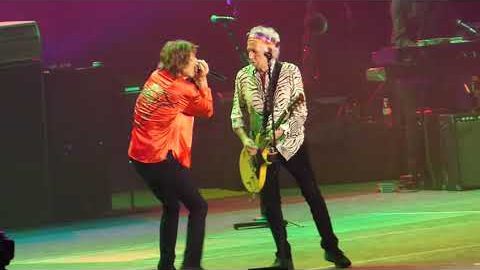 Stockholm, Sweden has luck on their side as legendary rock band The Rolling Stones debuted their single “Out of Control,” from album Bridges To Babylon, as part of their recent SIXTY tour at the Friends Arena last July 31.

The 4-minute track “Out of Control” was the third single in the Stones’ album Bridges To Babylon, credited to Mick Jagger and Keith Richards. It was a staple on the band’s setlist on all tours since the album was released. Bridges to Babylon was widely received by more than a dozen countries and even earned gold to platinum certification for its sales.

The same album also hit the #1 spot on the Swedish charts when it was released on 1997. On their social media, the band thanked their Stockholm audience after what looked like a jam-packed and amazing night saying:

“Stockholm thank you for a fantastic evening at the Friends Arena!! Godnatt!!”

The stop was one of the final legs for the celebration of The Rolling Stones’ 60th anniversary. They have travelled around Europe since it started last June and will finish up strong in Berlin, Germany on August 3. It is also the Stones’ first European tour after the death of their drummer Charlie Watts in August 2021.

Watch the video of their performance below.